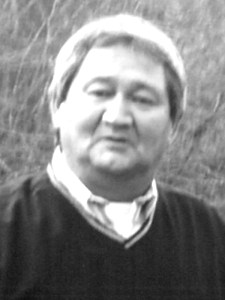 George Eugene Davis, 69, died April 24, 2021 in Parksville, Kentucky. He was born September 16, 1951 in Fushimi-ku, Kyoto, Japan to “Judy” Hiroko Furukawa. George attended Parksville Elementary and Boyle County High School where he played football for the Rebels. He worked in Auto Body Repair at Stuart Powell Ford. George has experienced so many awesome things in his life, from racing on the dirt track in California, playing the double in a movie for Eric Estrada to being an award-winning fast draw and his life being like a movie. He enjoyed restoring old cars, riding motorcycles, camping, being on the beach and eating great food. George was a funny, genuine, and honest person highly respected by his family and friends. He knew every word to every song from the 1960s. George loved all animals, having had a pet racoon and bird that used to perch on his shoulder while they waited for the bus. He was well known for “hot-rodding” vehicles in Harrodsburg and Danville. George absolutely adored his grandchildren who referred to him as “Papal”. He remained upbeat and never complained during his illness. George will be missed.