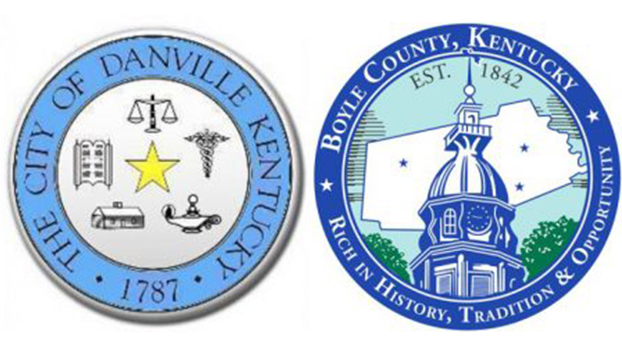 The Boyle County Fiscal Court wants many questions answered before it considers entering into an economic development agreement with Danville. In fact, some magistrates question why another economic development partnership is needed, and why the county would even contemplate joining the city in a business venture when previous experience working together hasn’t always worked out.

While looking over the first and second draft of the city’s EDA proposal to the county, magistrates began discussing details including who would serve on the board; how investments would be handled if one of the entities wanted to pull out of the agreement; and how large would the board be.

Then magistrate Jamey Gay spoke up. “What is the purpose of the EDA? I still don’t see the need or purpose. I just see this as the county getting in land acquisition and development with the city, and we have not had a good track record of working well. … And this (EDA) costing millions of dollars when we’ve already got economic development professionals that do this work. I’m still struggling with what our purpose is here in doing this.”

Gay added, “I’m not opposed to us investing our money in economic development. We need to. But I think what the structure looks like is still up for discussion and debate.” The county needs to go into a new partnership “with eyes wide open.”

Gay said he was a part of the nine-member Economic Development Partnership’s task force that researched several communities and how they approached economic development a couple of years ago. “I think we need to realize, these communities are investing millions of dollars in this prospect.” And before the county decides if it wants to spend millions of dollars too, there are other issues that should be addressed first.

“I think we’ve got under employment issues right now. We’ve got housing issues. … We’ve got some of our old infrastructure issues that we’ve got to tackle, that’s going to require our public funds to invest in — our public works facility, our EMS facility, our jail. So I’m just saying I don’t feel like we’re in a position right now to invest millions of dollars in economic development, when there’s other pieces and parts of that that we need to work on and make sure we have a workforce here that can even attract an industrial setting that we’re shooting for,” Gay said.

He added, “Down the road on some of these things, I’m not opposed to conversation. I think we need to have lots of conversations with the city. I feel like it’s being railroaded through us right now, by the city.”

Gay said, “I know people have been involved in conversation — that might be a little strong. I apologize if that’s too strong.

“But I feel it’s kind of like, what’s the rush? We haven’t even had these conversations yet,” Gay said.

Magistrates Tom Ellis and Phil Sammons agreed and brought up other questions they have about the EDA, too.

Hunt said, “Here’s the rush … The only reason there is a rush at all is because we’re coming up on, and during, budget season on the appropriation (economic development). If there’s any future of this right now, this year, with EDA, we have to determine whether or not we’re going to,” continue working with the EDP “or have to step down or step up or whatever.”

Magistrate John Caywood said the city has been working on developing their plan for an EDA for a while now, and that the county is “not as far along in discussions.”

Caywood said he wants a meeting with city officials. “It gives everybody in this room a chance to ask questions and feel comfortable with the answers and work it out.”

Magistrate Jason Cullen said a city-county EDA “has worked well in other areas. Just because the city and county haven’t worked well together in the past … I would hope at  some point, we can actually start working well together because we have to try to do something to save our community and save our economic development. What we have has not worked for several years.”

Cullen said, “We need to start somewhere. … We’ve said all along that we don’t have a good opportunity to entice businesses to come here. So that’s the reason we’re trying to figure out something different. That’s the point of all of this, is to try to work in a different way because it has not worked for a very long time. We need better economic development.”

Cullen added that when it comes to economic development, the county is “being reactive instead of being proactive. And this EDA is a proactive opportunity. It’s worked in other places and we just kind of need to move forward instead of sitting here and hashing out the small stuff.”

County Administrator Julie Wagner said she was working on scheduling a meeting for Danville City Commission and Boyle Fiscal Court to get in the same room and discuss the possible partnership. “Until we sit around the table and hash out the philosophical questions, I don’t see us moving forward with this.”

Why Danville wants to form an EDA

Danville City Manager Earl Coffey explained that the city wants to form an EDA because the city commission has agreed with the other partners in the EDP that “additional investment in land is necessary.”

And even though Danville can form an EDA without Boyle’s cooperation, Coffey said, “For reasons the city must do investment through an EDA, the county must do the same. Our suggestion is simply the best result will occur if the city and county create the EDA together.”

Coffey said another reason for creating an EDA is partly because the Boyle County Industrial Foundation’s amount of acreage available for development has “shrunk over the past few years.”

Coffey said the EDP’s task force looked at how six other communities handled their economic development and found that it’s now “being financed by public entities, even those with successful private developments in the past.” He said. “Public entities being of course the city and county.”

He added that other industry experts have said that governments were “bearing the cost of this type of development now because the economics simply do not provide for private development. Some of the funding sources available are more favorable for public entities.”

Therefore, the task force recommended that an “appropriate organizational structure to own and manage assets,” needed to be formed which would be an economic development authority (EDA).

Coffey said, “The EDA is the legal mechanism that can accomplish the needs identified by the EDP task force. The only way the public entities can invest is to form an “Authority” as defined within KRS.”

The estimated investment for the city and county to an EDA within the next five years “is to be determined. To create the structure is low cost or no cost (other than staff time and legal.) Contributions will be determined based on need in the future.”

Coffey also said it hasn’t been determined yet if the city will invest all of its appropriated economic development funds to an EDA. “The only thing concluded is that the public agencies must be positioned to be an investor in the future. Forming an EDA is the legal mechanism to accomplish this task.”

He added that the city’s continued funding for the EDP “is a separate discussion all together.” But during the EDP’s allocation presentation to the city, representatives offered support for the creation of an EDA, he said.

BCIF board chair Greg Caudill said, “Back in the old days, it was the Foundation that developed property, sold it and then used the money to reinvest in new land. Well, … you just almost can’t do that anymore.”

He explained, “Industrial property has gotten expensive to the point that … we can’t be the lone purchaser of industrial property. It needs to be, and should be, city and county governments that are into that. I believe that’s why the city thinks the EDA needs to be formed.”

Caudill said, “The key thing that people need to understand is, there’s not a conflict here. It’s not EDA versus the Foundation or the EDA versus the EDP. … The EDA is going to be the entity that allows the governmental entities to purchase industrial property for sale. The Foundation will continue and we hope to partner with the EDA in being able to develop it, market it.”

Caudill said the Foundation has about 100 acres that can be sold to any interested business. “We’re still marketing, developing, casting about for employers to locate on our property. We’re for whatever creates jobs.”

And he understands that the EDA “needs to be looking for several hundred acres in big spots. That’s not what we have.”

“I think from the Foundation’s perspective, we’ve been doing this a long time, 60 years and change. And we think we’ve done it pretty well. We look forward to whatever role we might play in the future … I don’t know if it’s going to be city and county or just city, but whoever, the governmental entities that get involved with it, we’re standing ready to help.”

EDP could benefit from an EDA

EDP Executive Director and CEO Jody Lassiter said that organization would benefit from the proposed EDA.

“In addition to properties owned by the Boyle County Industrial Foundation, as well as private owners, an EDA can make more publicly owned property, or “product” available for development. As a result, more product provides more options and opportunities to advance our economic growth efforts,” Lassiter explained.

“By having more publicly owned property available at different price points, features and incentives, our community can be more competitive with other communities across the state and beyond.”

Lassiter said the current situation where industries and businesses are struggling to find employees will not affect the creation of an EDA.

“The demand to fill current job openings is an immediate need for which the EDP is daily assisting our local businesses and industries. The development of an EDA will take many more years and a significant financial investment,” he said. “First, potential land that is suitable for acquisition and development will have to be identified. Then, the land will have to be improved with site preparation, infrastructure installation, and road access as needed to be competitive. This is all a part of our community’s long-term planning.”

The Danville Knights of Columbus recently presented checks to two local organizations from the proceeds of their annual Tootsie Roll... read more