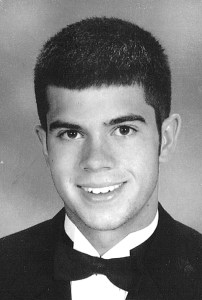 Wes’s focus on education far exceeded many of his same generation. Coming from a home steeped in higher education, he gained five academic degrees and was nearing the completion of yet another. These honors include four from Campbellsville University, where his father was president from 1999 until 2020. Campbellsville University degrees included: Bachelor of Science degree in Political Science; Master of Business Administration degree with an emphasis in Marketing; Master of Management and Leadership and a Master of Theology.

He graduated with his Doctor of Business Administration and Marketing degree from Walden University in Minneapolis, MN., a post-doctorate in Sports Industry Essentials from Columbia University, NY,NY; And, was in the final stages of a Master of Divinity degree from Baptist Seminary of Kentucky. He never stopped learning.

An effervescent personality, Wes combined his extensive education with an entrepreneurial spirit in business and organizational development. He started several private businesses and most recently was the Director of New Business Development for Sky Systemz. Previously, he was an associate vice president for Campbellsville University where he developed the Conover Education Center in Harrodsburg. And, he was the inspiring officer at CU who initiated the university Church Outreach program, which carried hundreds of student Christian musicians and speakers into churches throughout Kentucky. His legacy will remain strong with each of these success stories spreading across the Commonwealth and beyond.

Wes sought to share his fervor in education, establishing concepts from work-ready certificate training to post-graduate Chiropractic programs. In addition to his administrative work at the Conover Education Center, Wes had served as a university instructor in business and theology.

Wes filled several lifetimes in his brief time on earth. Always moving throughout his community. His energy level beyond compare. His enthusiasm was recognized in 2020 when the Mercer County Chamber of Commerce presented Wes with the Bob Martin Community Spirit Award.

In his commitment to community, Wes was often behind the scenes in the development of projects and campaigns, especially those which gave second chances to individuals who were neglected by society. He was a member of Rotary International, Faith Healthcare, Mercer Transformation, YMCA Wilderness Trace and an active member of the First Baptist Church of Junction City. Wes Carter was always about changing lives for the better.

In addition to his wife and parents, he is survived by one son, Grant Robert Carter; his brother, Dr. Eric Michael (Courtney) Carter of Danville, KY; his sister, Alicia Ann (Chris) Shea of Franklin, TN; his maternal grandparents, Sam and Doris Wellman of Campbellsville, KY; and many other friends and relatives.