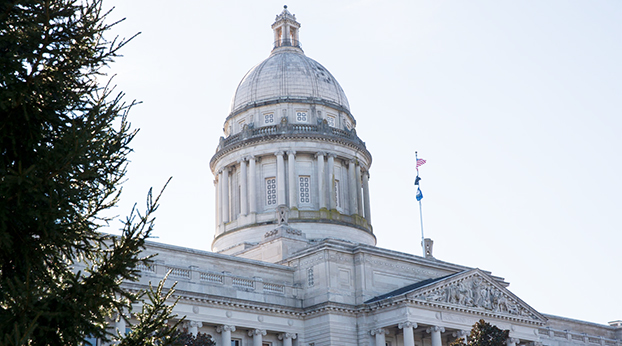 In some major news on Thursday, headlines in the Courier-Journal reported that the Commonwealth of Kentucky under Gov. Andy Beshear’s administration ended its contract with the Kentucky Baptist Convention’s Sunrise Children’s Services.

The dispute hangs on the fact that Sunrise cannot sign any state contract to provide adoption and foster care services for Kentucky that would require the organization to forfeit its religious beliefs. This comes in the context of state and federal contracts requiring religious organizations to comply with hiring and placement standards that contradict the organization’s teaching on how their organization will hire and what homes it will place children.

In a grossly misleading and intellectually dishonest headline, the Commonwealth’s largest and most influential newspaper, the Courier-Journal, framed Thursday’s news as Sunrise “refuses Kentucky state contract to provide care for abused, neglected kids.” This headline is shockingly biased. It makes the story appear as though Sunrise is pulling out of the state contract arbitrarily when, in reality, the Beshear administration’s unbending commitment to the Sexual Revolution is forcing Sunrise to choose either the integrity of the organization’s convictions or its ability to serve children. The Beshear administration is at fault for putting Sunrise in an unworkable situation, but you would never know that from the cover that Beshear’s allies in the media offer him.

Kentucky Pastor Steve Weaver on Twitter responded to the headline noting that the opposite is, in fact, accurate: “Misleading headline,” Weaver said. “Baptist group continues to care for abused and neglected kids and strongly desires to continue to receive referrals from the state to do so. However, state is now refusing to provide a religious exemption for sincerely held religious belief as it has in past.”

We cannot overlook the irony and contradiction at the heart of this situation. In the name of “non-discrimination,” the Beshear administration is engaging in discrimination. It really is that simple. The idea that progressives promote “tolerance” and “inclusion” is a bait-and-switch where the terms apply only insofar as progressivism defines the word. How absurd it is that “tolerance” and “inclusion” are the buzzwords deployed in this latest example of cancel culture to cancel Sunrise, literally.

In previous Democratic and Republican administrations, Sunrise was given an “addendum” to their state contract that allowed their First Amendment rights to remain untouched. This means that the actions taken by the Beshear Administration are not only unnecessary but evidence of capricious retribution. And who is the victim? Not, ultimately, Sunrise, but the children under its care who will now have greater difficulty finding a home as its operations are hampered. Previous administrations (like his father’s) protected religious liberty, but Governor Andy Beshear is bowing to the very worst of elite, coastal liberalism.

The saddest irony is that in his campaign for Governor, Andy Beshear touted his family’s Baptist faith as a way to communicate his down-to-earth familiarity with Kentuckians. What a sham rhetorical use of the Baptist faith to manipulate Kentuckians into thinking he shares their convictions when his actions demonstrate the exact opposite.

The great myth in adoption and foster care religious liberty disputes is that nefarious and invidious discrimination is advancing with the use of tax-payer dollars. First, these instances are not actual instances of discrimination. Second, religious organizations retain their Constitutional rights even when partnering with the state. Third, that one particular agency will not hire or place according to certain convictions does not bar other individuals from adopting or fostering elsewhere through an alternative agency. These conflicts demonstrate the need for states to pass legislation protecting the religious liberty of similar organizations. Legislation in several states has acted to protect the religious liberty of these organizations with no scandal or difficulty.

In the coming weeks, the United States Supreme Court will rule on Fulton v. City of Philadelphia that will have sweeping implications for similar cases nationwide.

As of this writing, there are renewed efforts on the part of Sunrise to see if the Beshear administration will back down from its position and re-issue the contract with the necessary addendum. Such a move would be the right action: Sunrise would continue doing what it does best—caring for children, and the state would be finding every last resort to protect the Constitution’s First Freedom, religious liberty.

Andrew Walker is an associate professor of Christian ethics and apologetics, the associate dean of the School of Theology, and director of the Carl F.H. Henry Institute for Evangelical Engagement at The Southern Baptist Theological Seminary in Louisville, Ky.

With summer right around the corner, there isn’t a better time than now to discuss skin damage and skin cancer.... read more