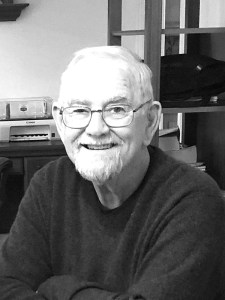 Howard Congleton Jr., 85, died May 12, 2021. Born December 26, 1935 in Morehead City, North Carolina, he was the son of the late Howard Sr. and Nellie Christine Congleton. Howard was a member of Ss Peter and Paul Catholic Church. He served in the United States Army as an aviation mechanic. Upon his honorable discharge he began a career in real estate and insurance, ultimately owning his own agency in Chazy, New York. Howard shared his passion for safe driving by serving as executive director of the New York State Drinking and Driving Program in Clinton County, New York. He was a member of the Knights of Columbus Honor Guard. In addition to his parents, he is predeceased by his sister Margret Ann Allen. He is survived by his wife Carolyn Ann Gibeau Congleton; two daughters Kim Ann Congleton of Plattsburgh, New York and Kara Ann (Jeff) Kaluyu of Rockville, Maryland; two sons, Keith Anthony (Mary Gail) Congleton of Naples, Florida and Kyle Andrew (Debra) Congleton of Fishersville, Virginia; and his thirteen grandchildren and three great-grandchildren. Memorial Mass will be at 12 pm, Friday, May 14, 2021 at Ss Peter and Paul Catholic Church in Danville, Kentucky. Father Anthony McLaughlin is the celebrant. Burial will be 11 am, Monday, May 17, 2021 at Camp Nelson National Cemetery. Military honors will be provided by the U.S. Army and American Legion Caswell Saufley Post #18. Memorial donations are suggested to Soups On Us program in Danville, Kentucky, which can be forwarded through Ss Peter & Paul Catholic Church. The online guestbook and Hugs From Home program are available at www.stithcares.com.