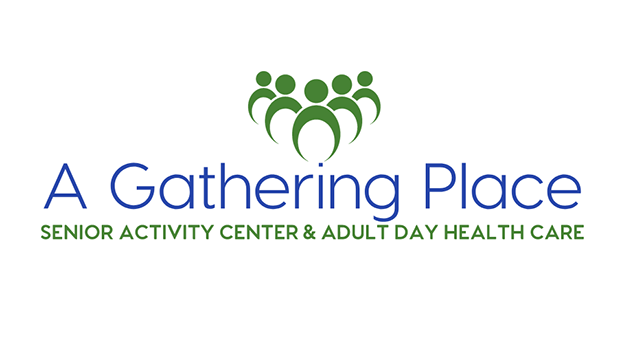 Part of a budget amendment the Danville City Commission unanimously approved Monday night held that staff would allocate $40,000 of Coronavirus Aid, Relief, and Economic Security Act funds to A Gathering Place Senior Activity Center and Adult Day Health Care. Commissioner Kevin Caudill was not present at the meeting to vote.

However, for the current fiscal year they received between $26,000-$27,500 from the city due to budget cuts as a result of COVID-19. The new budget amendment will add $40,000, bringing the total allocation for the fiscal year closer to what it’s been in the past. This is in response to increased need for funds due to a huge spike in numbers of meals delivered to senior citizens on a daily and weekly basis.

Prior to the pandemic, Guerrant said A Gathering Place was delivering about 58 meals per day, and about 35 meals were served on site every Monday, Wednesday and Friday to seniors. This averaged to about 395 meals a week.

Once the pandemic hit, on site services had to be suspended. There was also a directive from Gov. Andy Beshear that essentially said if someone is over age 60, lives in the county and needs a meal, organizations that can provide that service should feed them, Guerrant said.

The average daily meal delivery increased over the following months to about 160 meals per day, about 800 per week. Since A Gathering Place shut down on site services on March 13, 2020 up until May 12, Guerrant said A Gathering place has been able to provide senior citizens of Boyle County with about 43,507 meals, at no cost to the senior citizens.

“Those that were getting meals on site had the option of having a meal delivered or coming to pick one up if they’re able to drive,” Guerrant said.

A few factors have played into this increase in need for meal delivery, Guerrant said. One reason is that some senior citizens have been afraid or unable to go out in public during the pandemic, limiting their accessibility to food. Another is they may have adult children who normally bring them meals but during the pandemic may have limited their exposure to each other.

Since the adult day health care operations of A Gathering Place also had to be halted on March 13, 2020 — it services adults 21 and older who have special needs and need daytime assistance — Guerrant said this also posed a financial concern since the majority of those adults are Medicaid clients, so the income stream A Gathering Place received from Medicaid bills was gone.

A couple of things that have helped A Gathering Place through the pandemic are CARES money and Paycheck Protection Program loans, which it’s been eligible for.

Guerrant said due to the pandemic A Gathering Place also couldn’t rely on volunteers and instead staff had “to do absolutely everything.”

“And their willingness and their drive to help our senior population is amazing,” he said.

City manager Earl Coffey said in an email that when the city made the decision to allocate a lower amount than past years to A Gathering Place, “Unknown at the time was the impact on AGP’s ‘meal delivery program’ — service demand nearly tripled. The staff at AGP notified the commission of the service demand early on in the fall, and we observed whether that was sustained, and it has been. Therefore, because it is obviously a service to the community, the commission authorized adding the funding to bring AGP to its approximate full requested allocation of $66,000 by adding an additional $40,000.”

“When you’re providing food to hungry senior citizens, then that’s a service that needs to be continued, and I’m grateful to our elected officials for recognizing that and putting resources toward something that’s so important to so many people in this county,” Guerrant said.

Guerrant also said the cuts from the city weren’t entirely surprising due to the nature of the pandemic.

“I think the city was in so much of a position of unknown, with COVID and with some of the directives that were coming down to them, like for example the inability to enforce water bill payments,” he said.

That’s income to the city that wasn’t coming in to distribute to its own programs, let alone outside nonprofit organizations like A Gathering Place, he said. Now, he said he believes local governments are far enough into the pandemic to be able to look into the future more and reevaluate the budget.

“And frankly, I’m grateful that we were at the top of the list of organizations to reevaluate because I truly believe in what we do with all my heart and all my soul, and if I didn’t, I wouldn’t be in this position,” Guerrant said.

He said the budget amendment also comes at a good time, because the end of the organization’s current fiscal year is approaching.

“As we’re wrapping up this current fiscal year, that influx of capital is going to be really, really helpful to help us out on our end-of-the-year balance sheet,” he said.

The other part of the budget amendment approved Monday night was to move $640,000 from reserves to the general fund of the city for purchase of the Jennie Rogers building, which the city has approval from the Kentucky Department of Education to purchase. Coffey said plans for what the city will do with the building are not yet solidified, but “We do anticipate working that this summer so that programming can occur.”

He said the belief is that little money will be necessary to occupy the space.

“Currently staff is going through the building gathering details and information, so those details are yet to be determined but can be influenced heavily by final use plans,” he said. “But our opinion today is that the city can use the building with little investment.”

• Unanimously appointed Sally Davenport to the Planning and Zoning Commission.

• Unanimously approved a second reading of the ordinance for an Entertainment Destination Center, making the decision official. This allows consumption of alcoholic beverages in public places within a certain boundary and time frame and if certain streets are temporarily blocked off.

• Approved a second reading of an ordinance unanimously for a zone change at 0 S. Second Street, approximately 3.5 acres, from two-family residential to central business.

• Approved another second reading of an ordinance for a zone change unanimously, at 128 Wilderness Road, from two-family residential to central business, for approximately 0.05 acres.

• Unanimously approved a property owner easement for the Perryville Road Water System Improvements Project, which will include the installation of a water main from Caldwell Road to Tuggle Road, as well as a new water tower to be installed at Tuggle Road.

• After an executive session, unanimously approved the promotion of Scott Lawson to the position of fire marshal and the hiring of Joseph Strong as a certified firefighter.

BCPL News release Take Home Job Fair On Friday, May 14 and Saturday, May 15 the library will co-sponsor a... read more