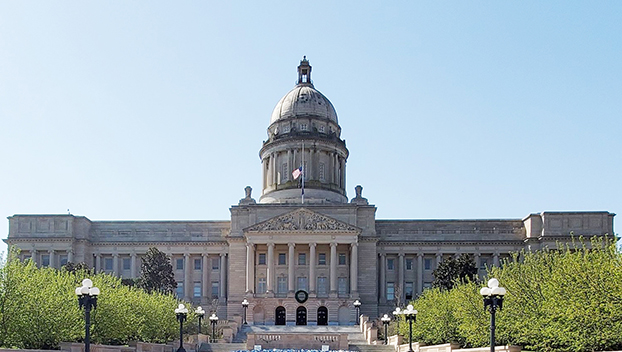 House Majority Caucus is asking the Cabinet for Family Services to reconsider its position on Sunrise Children's Services. (File photo)

House Majority calls for state to continue working with Sunrise

FRANKFORT, Ky. (KT) – Members of the Kentucky House Majority Caucus have sided with Sunrise Children’s Service in its dispute with the Cabinet for Health and Family Services.

The Caucus sent a letter to Gov. Andy Beshear on Wednesday, requesting his administration reconsider its position and give the faith-based children’s service agency an accommodation to continue working with the state as it has done since the early 1970s.

“Sunrise is a proven partner in caring for the children of Kentucky and has been for more than four decades,” Speaker Pro Tem David Meade said, “We are simply asking that the state continue in this partnership and not risk the care provided to hundreds of Kentucky children. Now is not the time for the administration to make this about politics.”

In the letter, Meade and fellow Caucus members point out that the legislature approved language that specifically applies to this and similar contract disputes as part of HB 192, the Executive Branch Budget.

The language reads: “Children’s Services Contractors: Notwithstanding KRS Chapter 45A, no contracts awarded for the use and benefit of the Department for Community Based Services shall interfere with the contractor’s freedom of religion as set forth in KRS 446.350. Any such contracts shall contain a provision allowing a contractor to allow a substitute contractor who is also licensed or approved by the Cabinet to deliver the contracted services if the contractor cannot perform a contracted service because of religiously held beliefs as outlined in KRS 446.350.”

“I think our intent in HB 192 is clear, the Commonwealth of Kentucky can’t discriminate against a provider because of that organization’s religious convictions,” Rep. Kim King of Harrodsburg said. “There is no question about the quality of care provided by Sunrise Children’s Services, but rather a challenge to the beliefs held by this denomination and many other Kentuckians of faith.”

Sunrise has worked with the state for years with an addendum or accommodation made in the contract that allows for its deeply held religious beliefs.

In a Monday afternoon press conference, Beshear said the Cabinet for Health and Family Services told him that no accommodation could be given to Sunrise. “I think that is enforced by a settlement agreement from a long-term lawsuit that the Cabinet was faced by folks that thought that certain contracts allowed for the potential for discrimination,” he said.

Beshear’s reference is to the disputed settlement of a long-term case filed in 2000 alleging discrimination. Alicia Pedreira filed suit against Sunrise Children’s Services and the Cabinet of Family and Health Services alleging she was discriminated against because she is a lesbian. The case has been in and out of district and appeals court for 21 years.

Under the reported agreement earlier this spring, the state is allowing the ACLU and Americans United for Separation of Church and State to be given monitoring privileges of contracts awarded by the Cabinet, according to Sunrise attorney John O. Sheller, who said the organization has not agreed to those terms.

Sunrise Children Services and the state have until June 30 to sign a contract or cease to be partners.

“Now, if lawyers on both sides want to get together and talk about that, if the parties keep talking, then good,” Beshear said on Monday.  “But when I’m told something has to be included because of federal law, that’s something you don’t get much of a choice in.”

Gov. Andy Beshear has once again urged Kentuckians to get vaccinated against COVID-19, especially those who are younger. During a... read more