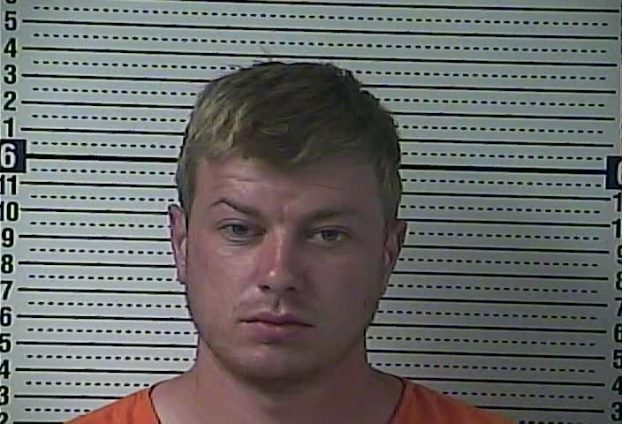 BOYLE COUNTY SHERIFF’S OFFICE
News release
Boyle County Sheriff’s Office deputies responded to a residence in Perryville in reference to a burglary in progress on May 13. Upon arrival, it was found Jacob Glass, 28, of Stanford had fled the scene after unlawfully breaking into a residence. While inside Glass damaged property and assaulted a female in front of her small children.
Deputies shortly after located Glass operating a vehicle on a nearby street. Glass was arrested and charged with the following: second-degree burglary, fourth-degree domestic assault, third-degree criminal mischief, endangering the welfare of a minor, open alcohol container and driving under the influence of alcohol/substance.
Deputies involved in the investigation were Deputy Jacob Ruhe, Deputy Andrew Lay, Deputy Brett Simpson, Deputy Braydon Hopper, Deputy Brandon Jewell and K-9 Deputy Tanner Abbott.
According to the Boyle County Detention Center’s website, Glass’ bond was set at $15,000.
You Might Like

Gov. Andy Beshear has once again urged Kentuckians to get vaccinated against COVID-19, especially those who are younger. During a... read more