Man charged with possession of stolen scooter, drugs, and other items; Second arrest made in connection 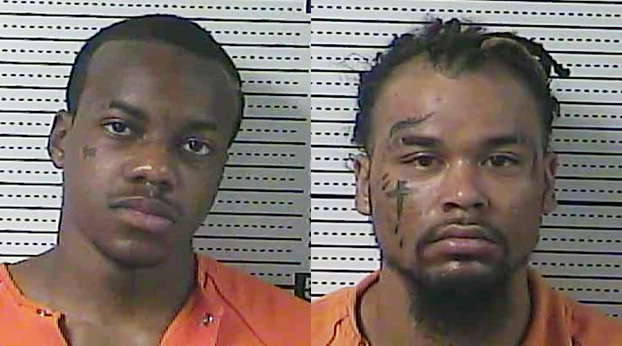 Danville Police were dispatched to the area of South 4th Street to observe for a stolen motorized scooter Saturday around 4 p.m.

An officer located a motorized scooter in the parking lot of Dan’s Pawn matching the description of the one stolen. During the investigation, it was determined that Tyson Perrin, 24, of Danville was operating the motorized scooter and had painted the scooter to prevent it from being identified. Perrin was located inside Dan’s Pawn attempting to sell other items that were also believed to be stolen.

Perrin was taken into custody and charged with receiving stolen property under $10,000; criminal mischief 2nd degree, and obscuring the identity of a machine. Perrin was also found in possession of suspected cocaine and was charged additionally with trafficking in a controlled substance, 1st Degree (cocaine).

Perrin was also served an active warrant for receiving stolen property under $500 stemming from a previous theft and the pawning of stolen tools.

Perrin’s co-defendant, Mark Anthony Anderson, 25, of Danville, was later located and arrested by Danville Police on an active warrant for receiving stolen property under $500.

The investigation is ongoing and other charges could be forthcoming.