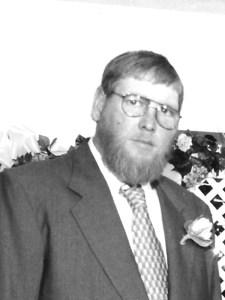 Michael A. “Mike” Hays, 61, of Forkland died Monday, May 24, 2021 in Danville. He was the son of Mary Lou Ellis Hays and the Late Joseph Allen Hays. Mike was a member of Sycamore Church Of Christ.

In addition to his mother, Mike is survived by his two sons, William of Nicholasville, Lee of Gravel Switch; a sister and her husband, Mary Jo and Todd Haydon of Elizabethtown; and two nieces, Maggie and Caroline Haydon also of Elizabethtown.

Including his father, he was also preceded in death by his maternal grandparents, Isaac and Margaret Ellis; paternal grandmother, Faye Hays; and Kimberly M. Hays.

Funeral services will be 1:00 p.m. Friday, May 28, 2021 at the funeral home with Ken Barker officiating. Burial will be in the Elder Cemetery.