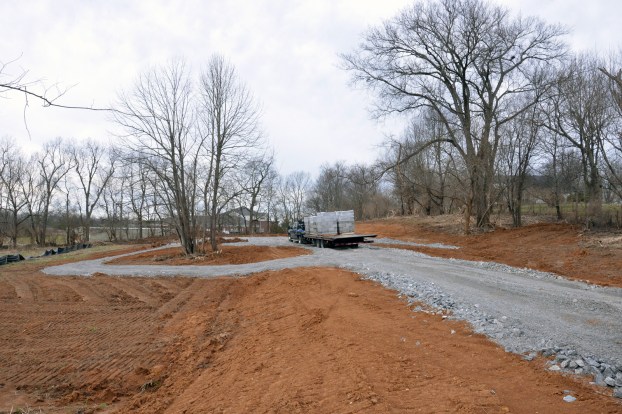 Parker's Place Kennel, which opened in 2019, is seeking to expand. (File photo from February)

Parker’s Place kennel looks to expand; will have to follow new zoning regulations

The owner of a commercial dog kennel that has stirred controversy between its supporters and neighbors is now wanting to expand.

However, the kennel will have to abide by new planning and zoning ordinances that weren’t in place when the original building was constructed.

Applications for a conditional use permit and variance filed on May 25 by Wendy Howard Lanigan for Parker’s Place dog kennel is for the construction of a second building.

According to Planning and Zoning Director Steve Hunter, “The owner of the commercial kennel is proposing an expansion which requires full compliance with the current zoning requirements which includes filing of both a conditional use permit and a variance application.”

He added, “The applications are complete and meet the application submission requirements outlined in the zoning ordinance. The public hearings are set for the June 15 Board of Adjustments meeting to be held in the Danville City Commission chambers at 5 p.m.

When the kennel was developed in early 2019 it was permitted at that location on Agriculture-zoned (AG) land “by right” and wasn’t required to have a CUP or follow any other guidelines, Hunter said.

However, “The zoning ordinance was rewritten and adopted in late 2019 which made the development of a commercial kennel in the AG zone allowed only after obtaining a Conditional Use Permit (CUP),” Hunter explained.

He added that in the new zoning ordinance, “A specific use standard was also added for commercial kennels which requires a 500-foot setback from any residential use or residential zone.”

With the adoption of the new zoning language, most kennels in the county became non-conforming, but they were “grandfathered in,” meaning they can continue business as usual, as long as they don’t expand, Hunter said.

“But any expansion, etc., requires following the non-conforming requirements in Article 6 of the Zoning Ordinance, specifically this section:

“Where at the time of passage of this ordinance or amendments, lawful use of land exists which would not be permitted in the district under the terms of this ordinance, the lawful use may be continued so long as it remains otherwise lawful subject to the following provisions:

A. No non-conforming use, except single-family residential uses, shall be enlarged, increased, or extended to occupy a greater area of land than was occupied at the effective date of adoption or amendment of this ordinance;

B. No non-conforming use shall be moved in whole or in part to any portion of the lot or parcel other than that occupied by such use at the effective date of adoption or amendment of this ordinance;

C. A non-conforming use may continue indefinitely; however, if any non-conforming use of land ceases for any reason for 12 consecutive months or more, except where government action impedes access to the premises, the nonconforming status shall be nullified. Any subsequent use of land shall be in conformity with the regulations of the district in which it is located;

E. Where non-conforming use status applies, the removal or destruction of the occupied principal structure shall eliminate the nonconforming status of the land. Destruction for the purpose of this subsection is defined as damage to an extent of more than 55 percent or more of its replacement cost, exclusive of the foundation, at time of destruction.”
Hunter said, “So basically, the property owner has to follow the current rules to expand the facility which would require the filing of a CUP application which will include a formal public hearing at the Board of Adjustments which will be June 15 based on this filing cycle. The variances application was filed concurrently to address the 500-foot setback requirement.”
Hunter explained that in order for the BOA to approve any CUP it must find:

A. The use is not detrimental to the public health, safety or welfare in the zone in which it is proposed.

B. The use will not contribute toward an overburdening of municipal services.

C. The use will not result in increased traffic congestion, additional parking problems, a substantial increase in population density, environmental problems or constitute a nuisance.

D. That the use otherwise meets the requirements of this ordinance.
The variance is requested because the existing building is about 56 feet from its nearest neighbor and the proposed building would be about 158 feet from the neighbor, and the ordinance now requires a 500-foot setback, Hunter said.
Before the BOA can grant a variance it must find that “the variance will not adversely affect the public health, safety or welfare, will not alter the essential character of the general vicinity, will not cause a hazard or a nuisance to the public, and will not allow for an unreasonable circumvention of the requirements of the zoning regulations. In making these findings, the board shall consider whether:

A. The requested variance arises from special circumstances which do not generally apply to land in the general vicinity or the same zone;

B. The strict application of the provisions of the regulations would deprive the applicant of the reasonable use of the land or would create an unnecessary hardship on the applicant;

• The property will be limited to a commercial dog kennel;

• The applicants agree to provide no more than 25% total lot coverage of the property;

• No new building or structures will be installed within 100 feet of any adjacent property line;

• The total building area will not exceed 15,000-square feet and not exceed two stories high;

• One monument sign will be on-site and not exceed a height of 10 feet and face only on the Harrodsburg Road frontage;

• The property will be served by a single access point;

• No outdoor/overnight dog runs will be developed;

• No additional outdoor play yard — outside of the existing fenced-in perimeters — will be developed.