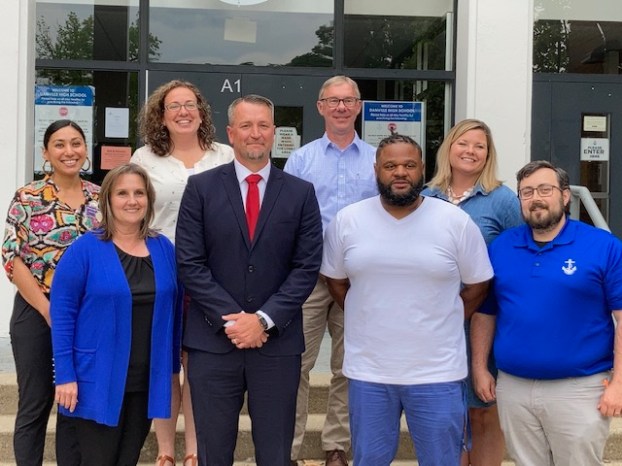 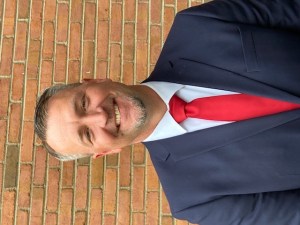 Chad Luhman has been named the new principal for Danville High School. Luhman is assistant principal and administrative dean at Lexington Traditional Magnet School. He will take on his new responsibilities on July 1, replacing Thad Elmore who is leaving Danville to be principal at Elizabethtown High School.

Soon after being named the new principal Tuesday evening by DHS site-based decision making council, Luhman said, “Danville High School has a continued tradition of excellence in academics and athletics, and I hope to be a part of that and help keep that accelerating growth throughout.”

He added that, “The whole child is what we like to focus on. Not only athletics, not only academics, but also the social emotional well being.” Luhman explained that’s what will make all students prepared for life.

Luhman said he was very familiar with this area and smaller school districts. “My first teaching job was in Harrodsburg.”

He said he was very excited to be coming to DHS and “Theres a lot of work to be done. I can’t wait to hit the ground running.”

Danville Schools Superintendent Dr. Tammy McDonald said, “The Danville High School site based council spent long hours reviewing and interviewing several strong candidates. The vote for Mr. Luhman was unanimous. He is energetic and will be a great principal for Danville High School.”

SBDM council member Michael Strysick said, “We had an impressive pool of candidates which was a positive compliment on Danville High School as a desirable leadership role.”

He added, “The decision on the part of the council was unanimous. While we were clearly impressed with all of our finalist, he quickly rose to the top right at the start of the interview.”

Strysick said Luhman’s “collective body of experience really stood out, which was human-centered but informed by data. He had a clear sense of best practice, not only in Kentucky but across the nation.”

He and his wife, Tiffany, their twin daughters and son, will be moving to Danville soon.

The Danville City Commission has unanimously approved staff recommendations for public art guidelines presented by the Danville Architectural Board. As... read more