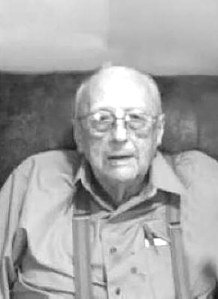 John B. Hughes died on January 14 following a month-long battle with the COVID-19 virus. Born to Jesse I. Hughes and Gladys Burr Hughes on September 22, 1928, John was 92 years old.

John grew up on a farm in Barren Plains, TN. Following his graduation as valedictorian of his class from high school, John attended the Bowling Green College of Commerce (now part of Western Kentucky University), where he graduated in three years. Eventually he became a CPA. He served in the army during the Korean War and was assigned to an office accounting position. After his time of service, he worked in various accounting jobs in several locations.

At the invitation of his college classmate, Charlie Robinson, John moved to Danville in 1957 and became a partner in an existing accounting firm that was renamed, “Robinson and Hughes, CPAs”. Years later the firm added additional partners, including Thomas Christopher, and was renamed “Robinson, Hughes, and Christopher, PSC”, which is its current name. In 1995, John withdrew as a partner, but continued to work at the firm until 2011.

John was an entrepreneur as well as an accountant, participating in various business ventures, including constructing the first development of townhouses in Danville.

John was married to Ann Ashburn Hughes for 50 years. Following Ann’s death, John married Betty Bugg Hughes, and was married to her for 16 years before her death in 2020.

John’s Christian faith was central to his life. Soon after moving to Danville, John and Ann joined First Baptist Church of Danville, where he remained a member for over 63 years. He served the congregation in a variety of ways, including serving as a deacon, choir member, Sunday School teacher and officer, and Finance Committee, serving as chair for many years. He and Ann also participated in “Lay-Led revivals” sponsored by the Southern Baptist Convention Brotherhood Commission. As well, John served for many years as a Trustee of the Clear Creek Baptist College. John also possessed the gift of generosity and contributed generously to his church and many other charitable causes.

John had many interests during his life. He loved music, especially country and Southern gospel music, and played a fiddle with a variety of local music groups. He loved cars, enjoyed buying, selling, driving cars, and was an avid fan of the Indianapolis 500 race. He enjoyed travel and vacationing at various resorts until his health prevented him from doing so. He was a great provider for his family, but loved people in general, and had many friends along the way.

The public is invited to a service of celebration and remembrance of John Hughes at First Baptist Church, US 127, on Saturday, June 12, at 11 a.m.