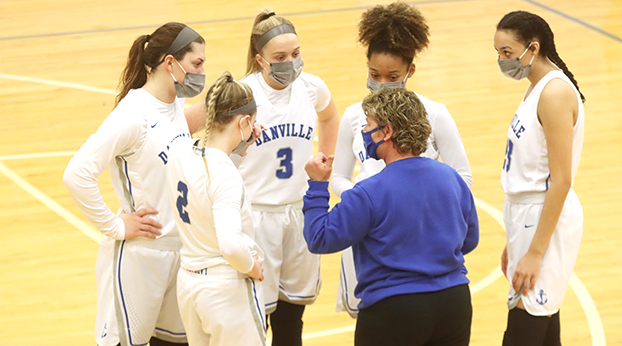 Judie Mason will be trying to help the Kentucky all-stars beat Indiana this weekend in her role as an assistant coach before the Danville High School coach takes over as head coach next year for the all-star series.

She is already on the verge of a historic accomplishment at Danville. She has a 493-279 career record with Somerset, Boyle County, and Danville. She started her coaching career in 1991 at Somerset.

Based on the KHSAA records list, she could become the first coach to win 500 games in the 12th Region. Current Rockcastle County coach Chrysti Noble and former Laurel County, Mercy, and North Laurel coach Roy Bowling all have over 500 wins but not all came in the 12th Region.

“I knew I was getting close to 500. Somebody had told me if we had played a full year this past season that I would have probably got to 500 but I did not know for sure,” Mason said.

Mason will get to 500. She took a three-year coaching break before returning to Danville as head coach in 2018 (she never quit teaching at Danville High School during her coaching break).

“I enjoy coaching. I am going to coach until I don’t enjoy it. Taking three years off refreshed me,” Mason said.

She said getting to 500 wins mainly while coaching small schools is an honor that makes her even prouder of the upcoming milestone.

“Somerset was not very good when I took over. Boyle County was down. Danville was also not very good. I have never walked into a ready-made program. I have had opportunities to do that but I did not take them. The most fun I have is at practice and the building process. That is what I love,” Mason said.

It is a process she has done well.

Mason took Somerset to the All A Classic for the first time in 1998 and then got to the title game in 1999 before winning the championship in 2000. Somerset lost again in the 2001 state semifinals and made three more trips to the All A Classic before leaving to coach Boyle County in 2003.

“I love coaching and have always loved the All A. I would love to have a chance to win it again. I felt like we had a chance this year but we somehow got matched up with Bethlehem in the first round. I still believe we were the two best teams in the tournament. But there is always next year and the challenge of trying to win,” Mason said.

The Danville Police Department has investigated several reports in the downtown area of pedestrians and vehicles being struck by water... read more