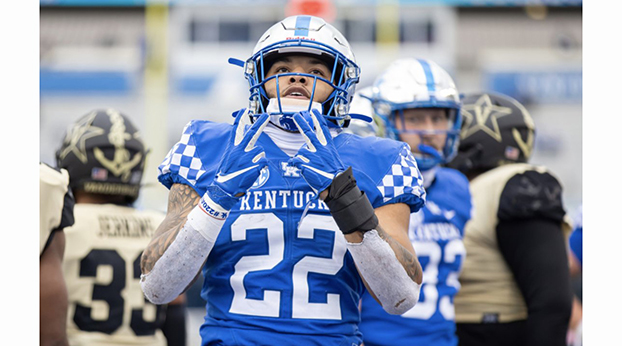 After becoming UK’s all-time rushing leader, Benny Snell has played in 29 games the last two years with the Pittsburgh Steelers and ran for 794 yards and six touchdowns on 219 carries. Forty-four of his carries have gone for first downs and six runs have been for 20 or more yards. Snell has caught 13 passes for 84 yards with 10 of the catches coming last season.

Former UK all-SEC running back Anthony White doesn’t like to compare players but I asked him if getting to play in a pro-style offense this year would have Chris Rodriguez more prepared to play in the NFL than Snell was when he left UK.

“Chris will probably make the better NFL player. He seems to be faster and a little bigger. But the thing they cannot measure is Benny’s heart and ability to pick up yards when you need them. I just don’t think Benny is getting a fair shot right now with the Steelers (because of the way they throw the ball so much), White, who ran for 1,758 yards and 11 touchdowns and caught 194 passes for 1,520 yards and eight touchdowns at UK, said.

White said getting to play for Coen will “absolutely” give Rodriguez an edge starting his NFL career.

“There were all kind of questions about Benny catching the ball coming out of college because he didn’t get to show that he could,” White said. “Chris will be playing in a pro-set offense and will be more of a passing game option.

“You will see how he fits into different offenses where Benny did not have that luxury at UK. Benny has the heart and grit but teams never get to see how he would fit in a pro-style offense. They will get to see Chris do that.”

Wallace planned to sign with Auburn, was swayed to UK