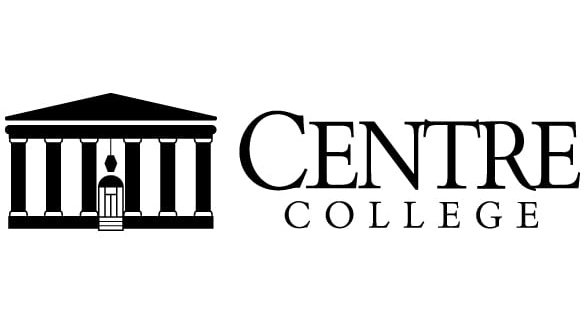 President Emeritus John and former First Lady Susie Roush were honored for their 22 years of leadership and service as part of recent Commencement events for the Class of 2020, whose graduation celebration was postponed due to COVID-19.

The most significant tributes occurred on May 29 during the Baccalaureate service, when Mark C. Nunnelly, chair of the Centre College Board of Trustees, announced the name unveiling of the Roush Campus Center. Nunnelly also shared that the lawn between Old Centre and the Roush Campus Center will now be known as the Susie Miller Roush Lawn. A reception in celebration of their tenure at the College followed the Baccalaureate service.

Later that evening, the Centre College Board of Trustees also thanked the former first couple at an outdoor dinner near Craik House, the longtime home of Centre presidents. As part of the event, a tribute video was shown celebrating their 22 years of dedicated service to the College.

John Roush gave the Commencement address the next day during Centre’s 197th Commencement ceremony, as well as the Godspeed to the Class of 2020. During the ceremony, both John and Susie were presented with honorary degrees from the College. Susie offered a heartfelt expression of gratitude in remarks appropriately titled “Grateful.”

The campus center was a favorite destination for the Roush’s, who enjoyed sharing meals with students in the main dining hall. An official portrait of the former first couple, in addition to a dedication plaque, now grace the halls of the Roush Campus Center.

As first lady, Susie was fully involved in caring for the campus and was honored in 2012 by David and Marlene Grissom with a $500,000 gift to create and endow the Susie Roush Beautification Fund. After a devastating ice storm in 2009, she helped plant more than 100 new trees, shrubs, and plants.

The extended Roush family shared in the celebration over the weekend, including six grandchildren and both sons and daughters-in-law.