GABBF marches past rain and the pandemic 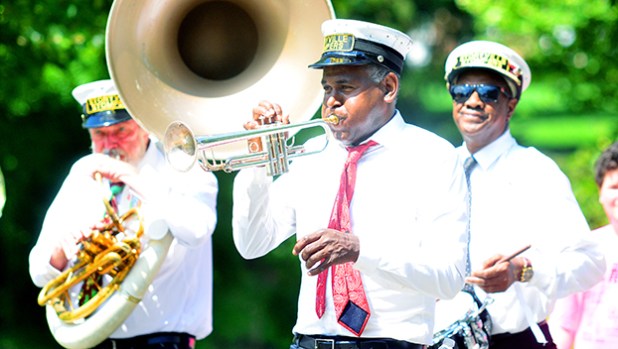 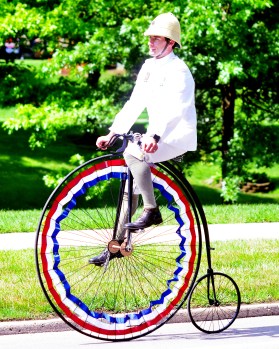 A member of The Wheelmen, a group of cyclists, rides ahead of Saturday’s Great American Brass Band Festival parade. - Photo by Jeff Moreland 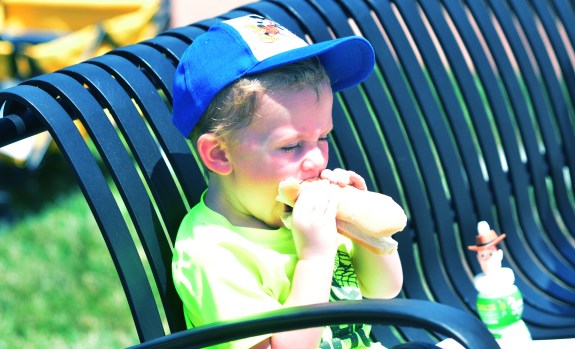 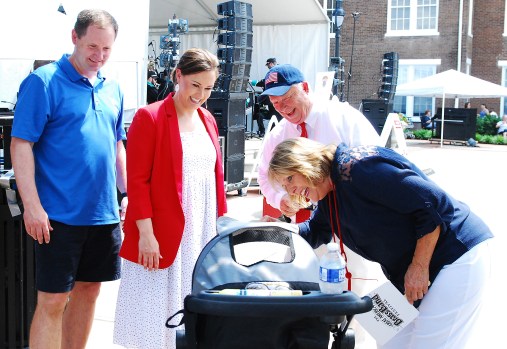 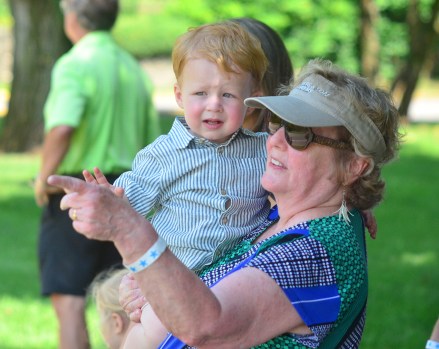 Jane Woellner of Danville enjoys the parade with her grandson, Easton Woellner, 21 months, of Houston, Texas. - Photo by Jeff Moreland 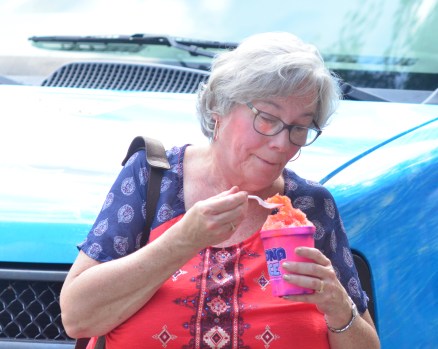 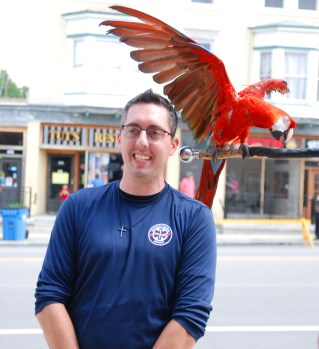 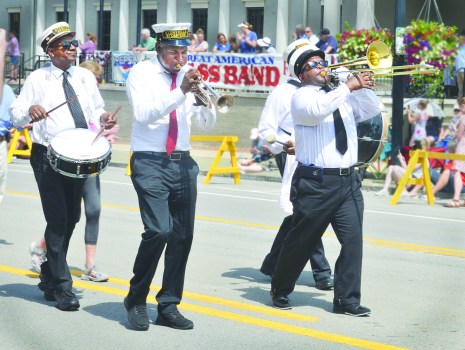 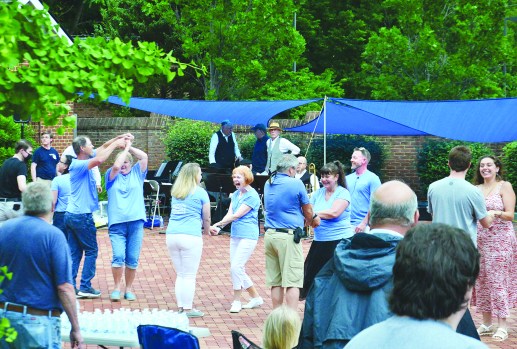 Dancers enjoy practicing steps at the Swing Dance event Friday evening in the parking lot at the Boyle County Public Library before a heavy rain canceled the music. -Photo by Robin Hart 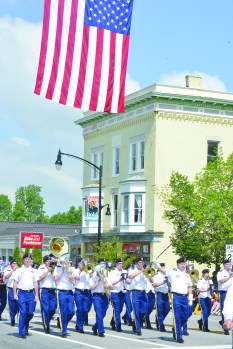 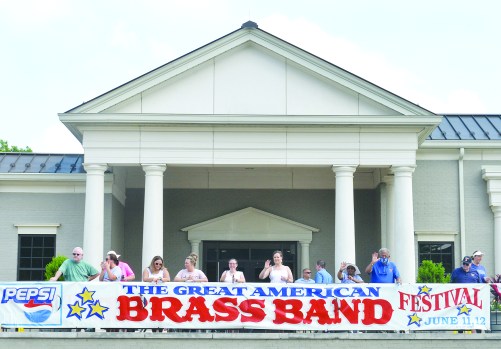 Kentucky Lieutenant Governor Jacqueline Coleman, center and sixth from the left, waves to parade-goers on Saturday morning as she stands with other city officials on the front porch of City Hall. -Photo by Robin Hart 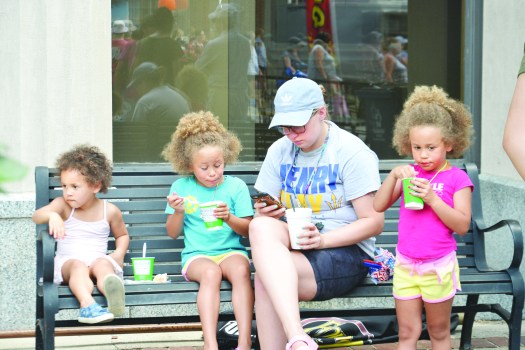 Abby Coofer, of Danville, with her daughters, from left, Nala, Nyomi and Addy, cool off with icy treats after the parade on Saturday. -Photo by Robin Hart

The 31st Annual Great American Brass Band Festival returned to Danville this past Saturday. Even though it was a “scaled-down” version of its former glory and nightly rain caused some entertainment delays, the crowds seemed happy to return and make the most of the musical festival since it was canceled last summer because of the pandemic.

On Monday, GABBF Executive Director Missy Angolia said, “The scaled-down festival worked very well this year — other than the weather. It was extraordinary weather,” Friday and Saturday she said.

The drenching rain Friday night, cut the Swing Dance short and canceled the band at the Boyle County Public Library. But it eventually stopped and the band PowerPlay started just 30 minutes late on the stage in Weisiger Park, she said.

Saturday was hot and humid. “But it’s June. It was a tropical feel on the pavement,” where the audience sat, Angolia said. Many people said they preferred listing to the bands on the grassy area and under shade trees on the college campus, “and I don’t blame them,” she added.

Bands were forced to pause when the deluge hit again Saturday night, trapping people inside of a few downtown businesses and restaurants, she said. But once the rain passed and the temperature cooled, people started coming back out with their picnics, chairs and children. “The turn out was really spectacular,” she said.

Angolia said she can’t speculate how many attended the festival, but she can say that folks from Tennessee, Ohio, Indiana and Michigan visited here over the weekend.

As in years past, volunteers were the backbone of putting on a successful festival, Angolia said. “They were super awesome.” Even though it was at a new venue and on a smaller scale, “they made it happen.”

And the city’s public works and fire departments were a terrific help too, she added. “They really came through for us,” from picking up trash after midnight to taking down tents. “They really, really helped tremendously this year. They were awesome.”

Angolia said several people told her that it was wonderful and great to be enjoying the festival in downtown Danville again. But some they were also hoping the location can return to Centre College campus next year.

“We hope to be back at Centre, But we have to look at the funding and financials before we make that decision.”