Boyle school board looks at SB 128, other topics 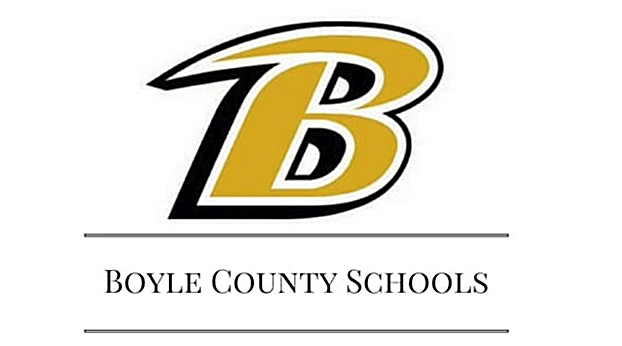 The Boyle County Board of Education tackled several agenda items at their June 10 meeting related to staffing and other issues, and how to handle transfer students who wish to take a re-do school year due to the COVID-19 pandemic under Senate Bill 128 but come from other school districts came up as a topic of discussion. Ultimately Superintendent Mike LaFavers said the district will uphold the student’s previous district’s decision, as it has done with other issues in the past.

During the board of education meeting:

Clark is replacing David Morris, who is starting a new job in Lexington with the Central Kentucky Educational Cooperative.

Clark will begin as finance director on July 1. He was chosen through a committee of four people, consisting of LaFavers, school administrators and central office members.

He also is the president-elect and current vice president of KASBO, or the Kentucky Association of School Business Officials.

“He’s a guy that has a wealth of knowledge, very strong background,” LaFavers said.

• The board voted 4-1, with Ruth Ann Elliot as the dissenting vote, to create an assistant director for finance and federal programs position. LaFavers said this assistant director would be assisting Clark, and he said the position is hoped to strengthen the district’s business department.

“By that part being strong, it strengthens every department,” he said. “It strengthens academics. It strengthens food service, transportation, because all of your funds are being spent in a targeted and efficient manner.”

“And the reason we’re putting those two together is because we think that it will strengthen our business program by adding that asset to the business department, and then it’ll also streamline our federal programs in that one person will be doing it versus having a half a dozen people,” LaFavers said.

• In his superintendent report, LaFavers said one issue to consider is how the district will handle transfer students who wish to take a re-do year under SB 128.

The bill reads that students had until May 1 to submit a request to their board of education, and boards had until June 1 to decide whether to accept all or no requests. At a previous board meeting, the board voted to approve all requests within the district, 50 in total.

In guidance for schools and districts provided by the Kentucky Department of Education, it reads, “If a district elects to participate in the Supplemental School Year Program by June 1, the district may provide access to the program for students who transfer into the district after that date, but is under no obligation to do so, and may otherwise treat these students as required by existing policies for students transferring into the district.”

In terms of how the district will keep track of if the bill’s process has been followed for a student, he said the two districts’ directors of people personnel will be in contact to confirm process.

“They’ll just communicate with each other, and really, the two questions are: ‘Did this child have their name in before May 1?’ And the second question is ‘How did your board vote?’” LaFavers said.

• The board unanimously approved an emergency reading of classified personnel salaries.

LaFavers said the old policy was outdated because recently, the district has hired a lot of people with experience not directly tied to education, like those who are nurses, in health fields, in transportation, in the business department and in the central office, hence why it was changed.

• The board unanimously approved the creation of an educational interpreter classified district position, job description and salary schedule for the 2021-22 school year, working 185 days out of the year, 7.25 hours per day. This will be an interpreter for a student who needs American Sign Language.

• The board tabled accepting, awarding or rejecting bids for the new Boyle County Middle School campus walkway project for a future meeting. This project will consist of a walkway between the middle and high schools.