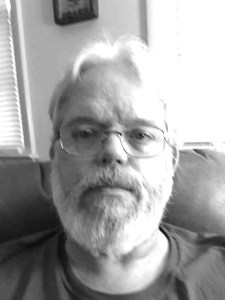 Born on July 20, 1961, in Belton, Missouri, David was the son of Charles Thomas Bugg and Betty Edge Bugg Hughes, and was the stepson of John Hughes.

David grew up in Danville, KY and graduated from Danville High School. He attended Eastern Kentucky University. He worked at RR Donnelly for 28 years and was very well liked and respected by all.

David developed lasting friendships online and those friendships helped him endure during the final years.

David enjoyed all sports, and was a lifetime fan of the Dallas Cowboys, Cincinnati Reds, and the UK Wildcats. He was a huge classic rock fan with Led Zeppelin as the clear favorite. He enjoyed spending time with his family and his daily conversations with his mother truly sustained him.

A memorial service will be 2 pm, Saturday, June 26, 2021 at Stith Funeral Home, Danville. Visitation will be prior from 1 pm to 2 pm. The online guestbook and Hugs from Home are available at www.stithcares.com