Crawford House one step closer to being saved 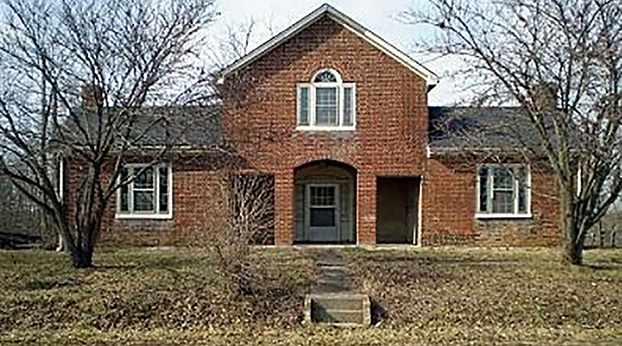 BY ROBIN HART AND OLIVIA MOHR

A historic house in Perryville owned by the state, which is in danger of crumbling under the weight of time and neglect, may soon receive the care and attention it needs from a private owner thanks to a document signed on Tuesday.

A deed of correction removing the Crawford House restriction which stated the property was to be maintained and only used for public outdoor recreation was signed by Boyle County Judge-Executive Howard Hunt during the fiscal court’s regular meeting.

The county had placed certain restrictions on the property years ago when it was deeded to the Kentucky Department of Parks.

County Attorney Chris Herron said he’s been working on the issue of removing the deed restrictions with the state parks department since he took office more than two years ago. “It’s been just a long, drawn out, tedious process.”

Hunt agreed when he said, “It’s been painful.”

Herron explained that the restriction to keep the property for outdoor recreation was created many years ago and stayed with the property every time it was transferred to other entities including the county, the city of Perryville, back to the county, and eventually to the Kentucky Department of Parks. “It was exchanged back and forth several times…. there’s a clause in one of the restrictions. We’re the ones that have to fix the restriction before they (the state) can proceed forward to a potential sale,” Herron said.

Magistrate Tom Ellis said he “enthusiastically” made the motion for the judge to sign the deed of correction because, “… I already have three bidders lined up. … It’s time to move before a treasure of the battlefield is going to collapse, because it needs immediate attention.”

However, Hunt warned, “Just because I do this, we still got to see state government be responsive to this deed of correction.”

Ellis answered, “I understand, but it’s a move forward.”

Joni House, who is the preservation coordinator for the Danville Architectural Heritage Board and member of Friends of Perryville Battlefield organization said now that Boyle has a signed deed of correction to send to the state, “The ball will be in the commonwealth of Kentucky’s hands,” to get the building to someone who can restore it.

The Friends of the Perryville Battlefield have been “rattling this cage” for about three years for the house to reach the point where it can be restored, House said.

The Crawford House was built sometime in the 1840s and underwent a few changes over the years. The Crawfords were a wealthy family, had hundreds of acres and were engaged in farming before the Civil War, House said. Confederate General Braxton Bragg had headquarters at the house shortly before and during the Battle of Perryville, but the house has ties to Union forces too, she added.

“And there’s really some good evidence to show that General (Don Carlos) Buell, who was a Union commander, stayed there for some time shortly after the Battle of Perryville, so that makes it uniquely historic in that both commanders of Civil War armies stayed there within days of each other, and that’s fairly rare as far as history,” House said.

When she inspected the Crawford House again earlier this month she noted that, “The back part of the house, the original masonry walls, are starting to bow. There’s been a lot of brick loss over the last year. So the situation’s really getting critical.”

House said, “I’m really hopeful, that once the fiscal court gets this deed of corrections signed, that the commonwealth is able to execute an agreement and get that house with a buyer who will honor the historic preservation easements on it.”