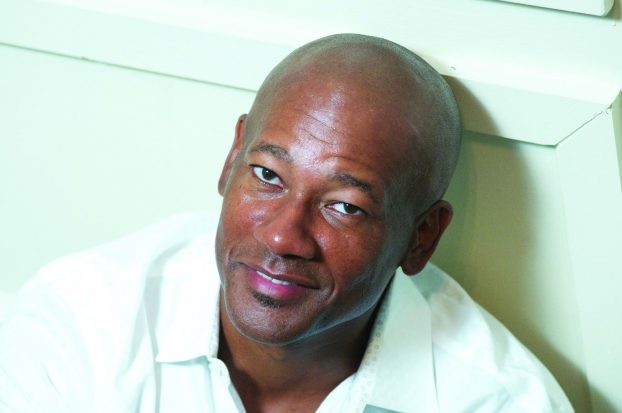 Plans for the Frank X Walker Literary Festival VIII are underway, with the expansion to include a K-12 poetry contest in its events. The festival will take place in October, with exact dates and times to be announced.

“This component of the festival will encourage students to express their thoughts, ideas and emotions through poetry and expands the reach of the festival to include students in grades K – 4,” Dewey said in an email. “The poetry contest will accept entries beginning Aug. 24 with a deadline of Sept. 24. Plans for the poetry contest include the publication of a poetry anthology featuring the winning poems. Exact dates for the festival and more detailed plans will be announced in the beginning of August.”

Dewey said when it comes to the other events the festival will include, it will be similar to previous years.

The first Frank X Walker Literary Festival was held in September 2014, organized by Citizens Concerned for Human Relations, which collaborated with the Boyle County and Danville school districts, Centre College, the Boyle County Public Library and other organizations, she said.

“The festival has continued over subsequent years becoming a staple in the Danville and Boyle County Schools, and Professor Walker continues to be part of the festival which honors literature by African-American authors as well as other writers of color,” Dewey said.

She said activities have included reader visits to schools, theater performances and other events.

“The Danville and Boyle County School districts and CCHR have continued as the organizers of the festival,” she said.

In October 2020, the festival had to be virtual due to the pandemic, and there were virtual readings of literature by African-American authors for fifth and eighth graders, and there was also a keynote reading and Q&A session with Walker with students around the state, “reaching over 3,000 students from more than 20 schools and districts,” Dewey said.

She said the plan this year is for the festival to be in person in the school districts but that there will likely be virtual elements as well. She said plans are underway to include the larger community as well, and she said grades outside of K-12 will come into play in the “Reading Chain” and keynotes.

Walker has been instrumental to festivals over the years, she said.

“Professor Walker has been involved with the Festival since its inception,” she said. “While the first Festival was designed to honor Professor Walker, he was involved in parts of the planning and continues to be instrumental in the Festival. In addition to presenting readings for middle school students, high school students and the community each year, he has helped design learning materials and workshops that help prepare students to fully engage with the readings.”

In what she hopes students and the community will gain from the festival and addition of the contest, Dewey said she hopes it shines a light on stories and their creators, and encourages students to be storytellers themselves.

“The stories and histories of people of color have been underrepresented, and Professor Walker’s literary and artistic successes have allowed us to shine a light on these stories and their creators,” she said. “While the festival began with the important purpose of honoring Frank X Walker for his creative achievements, it has always included other writers and performing, visual and literary artists. Those artists open up our eyes to their voices through their artistic work and encourage us (students, teachers, families, community members) to use our voices to tell our stories. Adding the poetry contest intentionally nurtures and encourages the voices of our next generation.”

$1,500 incentive offered to get unemployed back to work