City among those opposing detox facility 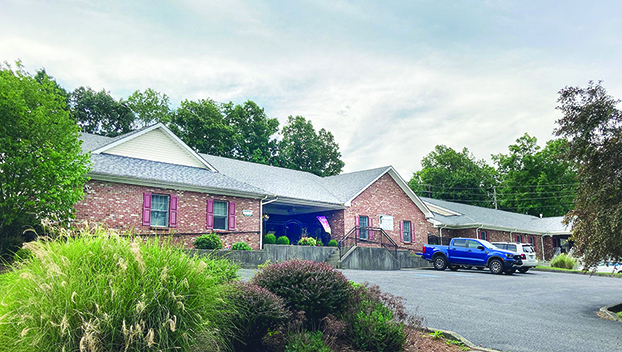 The city of Danville now is one of the adjacent property owners in explicit opposition to a general development plan amendment request by United Recovery Project Detox, the owner of whom, according to previous reporting by the Advocate-Messenger, wants to purchase and convert Parkview Manor Assisted Living facility on Argyll Woods Drive “into a short-term residential drug and alcohol detoxification center for men and women.”

The Danville City Commission on Monday evening unanimously took the position of opposition and allowed city staff to craft an argument as such to go before the Danville-Boyle County Planning and Zoning Commission.

The adjacent property the city owns is Millennium Park.

The meeting saw a nearly full commission chamber. Only a few chairs were empty. Ten Danville residents, many of whom live on either Argyll Woods or Lannock Drive, went up to the microphone during time for public comment and spoke in opposition to the proposed development. No one present at the meeting publicly spoke in favor of it.

City Attorney Stephen Dexter explained that the decision for the development plan will not come before the city commission at any time. Rather, it is the P&Z board that will have final jurisdiction, he said.

However, Dexter said as an adjacent property owner the city is allowed or requested to take a position on the development and can submit a position to the P&Z board for consideration during the board’s July 28 meeting, when the general development plan amendment is scheduled to go before the board for approval or denial.

Prior to the residents voicing their opposition, city commissioner Jennie Hollon said she had been looking into the history of the development.

She said to her, the proposed detox facility does not meet this argument because it would not be affordable housing, and it would be temporary housing.

Another thing that stood out to her in the history of the development was the assisted living facility was deemed a good transition to the adjoining park, but she said to her the detox facility being in that particular location, in contrast, is not appropriate. She also expressed that there is “lots of concern and lots of calls for concern” surrounding the detox facility, in contrast to the response the assisted living facility received.

“I don’t think it’s compatible with the general residential neighborhood, next to a city park,” she said, a statement which was met with applause.

When it came time for public comment, concerns were various — traffic, parking, and safety, particularly of children, being some.

In the amendment application, the applicant stated there would be measures to ensure drug rehabilitation clients would not be able to “casually” leave the facility and roam the neighborhood, clients would not be permitted to have their vehicles on the property, a privacy wall would be around the facility to keep clients from leaving, and other safety measures would be in place, according to previous Advocate-Messenger reporting.

John Perry, a “long-time city resident” and a professor of economics and finance at Centre College, said the area is busy, with little league games, cross country teams and other bustling activity, and he asked if putting a detox facility there, near one of the gateways into the park, was something the city wanted.

“This is not in opposition to any form of detox,” he said. “Everyone, I think, in this room has been touched by the scourge of drugs. It is an emotional and a devastating thing that has affected our entire state. These facilities are needed. The question, and this is planning and zoning, where do you put them, and how do you best build your community?”

Diane Hamlin, who lives at Argyll Woods, also raised a question about the location.

“With as much industrial park area as there is in Danville, why would they choose a residential area for such an atrocity?” she said.

Daron Stewart, who said he is a Danville resident with a background in health care, said the question of the development is the location, purpose, and the future of the park.

He said with a facility of the proposed size, housing about 30 clients at a time, which is what is planned, a facility of that type and size would take a lot of vendors, staff and round-the-clock security. He said the area is already high in traffic, and he believes the facility would cause a significant increase. He is concerned about where people will park and where vendors will be able to drop off materials and turn around.

“All those detailed logistics that are going to add to the complexity of this facility being located where it’s proposed are questions this city, as our leaders, you all need to consider and take into account as you take a position to not favor the location in our neighborhood,” Stewart said.

Patricia Wilson, who lives near where the facility would be, said she also worries about traffic and whether parking will be adequate, especially in a highly pedestrian area. She also cited previous Advocate-Messenger reporting, which reads that the detox facility would screen clients and not accept anyone with “a violent background or an extreme criminal record” or who has been arrested on pedophile charges.

“I would always ask, what does ‘extreme’ mean?” Wilson said.

Lannock Drive resident Tom Cummins said from a different standpoint he thought the city should consider was what would happen to property values and the tax revenue in the area.

At the meeting, after City Commissioner James “J.H.” Atkins made the motion to take a stance of opposition to the amendment and City Commissioner Kevin Caudill seconded it, Caudill said, “I think the tendency is to think maybe the worst of the folks who might be at this facility, and I don’t want to do that because I know some people who have struggled — you know, it’s an illness like anything else, and that’s one thing we know — that we’ll have 30 or 40 beds full of people who have an illness that requires intensive treatment, staff, everything that everybody else has mentioned.”

That being said, he doesn’t think the property is the right spot for the facility.

A roll call vote showed Mayor Mike Perros and all four city commissioners in opposition to the amendment. Dexter said their stance and supporting documentation would be presented to the P&Z board, and an argument would be crafted on the city’s behalf.