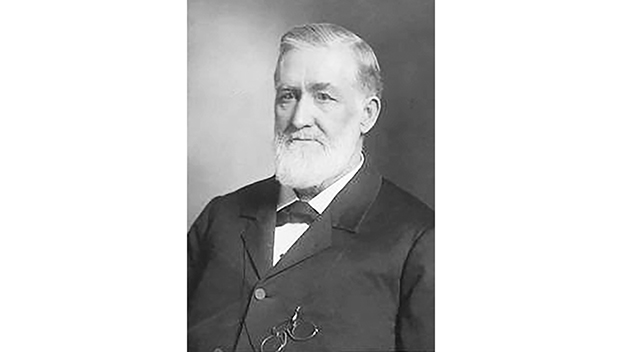 (Editor’s note: Research for this article was by Andy Bryant, and from articles in The Advocate-Messenger and Find-A-Grave website.)

Garrard County native John Lapsley McKee, a well-known Presbyterian minister in Central Kentucky in the late 1800s, lived in Danville most of his life.

A 1849 graduate of Centre College, he also graduated from Danville and Princeton Theological schools.

He was ordained for the Presbyterian ministry in 1856. He served in churches in Danville, Lancaster, Columbia and many others throughout his life.

He was associated with Centre College more than 25 years after giving up his active pastoral work for this educational and evangelistic work.

He raised a subscription of $130,000 and saved the college from collapse in 1873 after it lost a third of its endowment fund in the Falls City Tobacco Bank robbery.

After McKee retired from educational work, he was elected vice president emeritus of Centre in 1897, and held the title until his death in 1902.

McKee was active in Second Presbyterian Church for many years and also was an evangelist.

John McKee and Sarah Speake of Danville were married April 11, 1850. They celebrated their 50th anniversary where they were married at “Rocky Valley,” three miles east of Danville.

Several friends attended including Dr. William M. Scott, professor at Centre; and Robert Fields, who served as best man for the couple at their wedding.

His wife Sarah Speake (1830-1918) was the daughter of Lee Massey Speake and Jane Henry Irvin of Danville.

An interesting article about McKee’s son, James L., appeared in The Kansas City Journal and picked up by The Advocate about a month before John McKee died.

James became pastor of Fifth Presbyterian Church in Kansas City the year before and was successfully involved in mission work in eastern Kentucky when others gave up and left.

“The last preacher before McKee who undertook to do missionary work among them had to skip by the light of the moon,” according to the article.

“His intended converts got full of their favorite ‘moonshine’, and came to the conclusion that James had some connection or understanding with the United States custom officers. His immediate departure became from that moment inevitable.

Although McKee’s reception among the moonshiners was not cordial, he went on with his work in Kentucky.

The minister established his headquarters in Clay County, seat of the notorious Howard-Baker feud, and its merits or dismerits. The feud apparently over a hog between the families, began in 1898 and ended about 1940.

In Harlan, James’ life was threatened many times, but he persisted.

James lived in Clay County with General Garrard, the grandson of the first governor of Kentucky which had a reassuring effect upon his natural enemies. They gradually became less belligerent in their attitude, and finally one of the leaders in the feuds and the revenue officers yielded to the logic of the gospel, and joined the churches and Sunday schools he organized.

James preached the first sermon ever delivered in Barbourville, and founded a church there. He also opened religious work in Middlesboro.

“He went fearlessly from county to county, during his seven years of labor and apparently the most sterile soil in the country for the kind of seed he was sowing, he organized 150 churches and Sunday schools. Most of them existed until schools and colleges sprung up around them.”

While in Kansas City, McKee’s wife Sarah took an active part in her husband’s church work. She preached the Sunday services while he was away.

McKee said he could turn a church service over to her at any time. “She is a better preacher and leader than I am, as she has proved many times.” 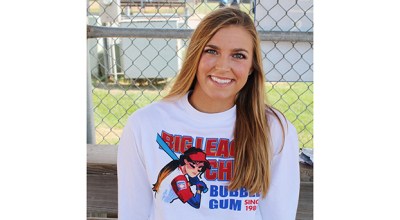