Today at approximately 12:15 p.m., Perryville Police Department responded to a motorist assist on Hwy. 68. Upon arrival, Chief Parker Hatter and Officer Nick Paton observed the driver still inside the vehicle. Both officers made their way through the flood waters and when they arrived at the stranded vehicle, they could see the vehicle starting to fill with water. The driver was removed from the vehicle and placed on Officer Paton’s back. He then carried the driver to the police cruiser were the officers were able to leave the area as the flood waters continued to rise. The driver was unharmed and was escorted out of the flooded area. 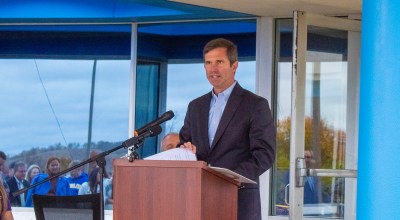