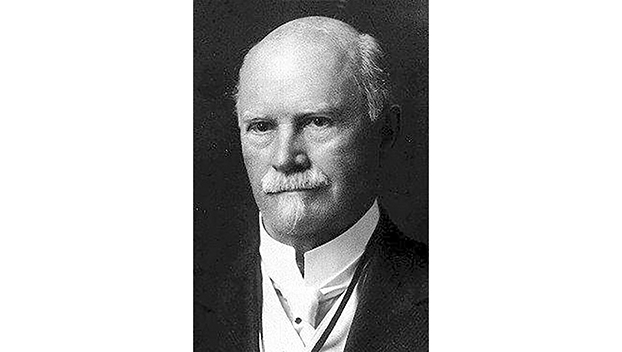 (Editor’s note: Research for this article was taken from information in The Advocate, and the photos from https://www.findagrave.com).

A Kentucky School for the Deaf professor for 52 years also was active in the school’s alumni association.

Schoolfield continued his interest with the school through the alumni association and was treasurer in 1891. He also was president of the Kentucky Association of the Deaf from 1910-1916. He also farmed. 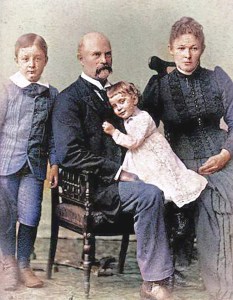 George T. Schoolfield Jr. with his wife Emma, and two of their four children, Allen and Isabella.

He was one of 11 children: Benjamin, Robert, Mary Emma, Virginia, Charles, Arabelle  Albert, Anna, Clara, Ida May and Stephen. He had a half brother, Augustus.

Schoolfield retired from teaching in 1918 when he was 79 years old. After he retired he lived with his daughter Isabella, in Memphis, Tennessee until his death on Nov. 7, 1920.

This post along with its headline was updated at 3:55 p.m. to reflect completion of this undertaking.  KENTUCKY TRANSPORTATION CABINET... read more