Sheriff’s office working out kinks in new camera system, to be in place by the end of month 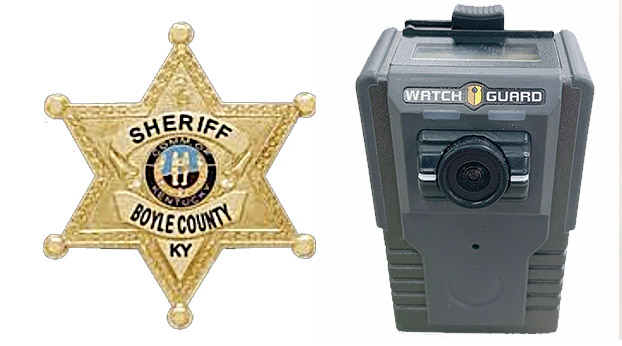 The body and dashboard camera system for the Boyle County Sheriff’s Office will be mandatory by the end of this month, once all of the major “kinks” are solved.

Sheriff Derek Robbins said, “The whole infrastructure is pretty much set up at this point.”

Some deputies are already using the new system, Robbins said. “Maybe at the end of July it will be mandatory. We should have a majority of the kinks worked out by then.” The policies and procedures have been updated and the officers will be training to get used to the new equipment.

“They’re having to adapt to another piece of equipment. They have to remember to keep the cameras charged and remember when to turn it off. It will take a little bit of time to adapt to it. But once you adapt to it, it becomes second nature,” Robbins said.

When asked if the recent Danville Police-involved shooting incident where a man died proved that dash and body cams were essential, Robbins answered, “Absolutely!”

“The climate over the last couple of years has been mistrust in police as a whole. Ultimately, there are bad apples, and these cameras should address any concerns that anyone has. But when you’re involved in such a traumatic incident, such as an officer-involved shooting, these protect everybody. They protect the officer from false accusations,” and show why the officers did what they did. “And it protects the civilians from officers acting inappropriately.”

Whenever there is a shooting or other incident “regardless of the circumstances, they’re always controversial and are always subject to pubic scrutiny. The cameras tell an accurate story of what happened, as much as they can. They don’t capture everything, but they give you an idea why things were done the way the were.”

Going back to the “kinks”, Robbins said they’ve found out that the internet speed was way too slow to download data from the camera system, so the department now has a dedicated internet just for the downloads.

Also, “the antenna, on the corner of the building, is another issue that we came across,” Robbins said.

“Parking is so limited at the courthouse. We have guys who are on shift and when they come in, they have to park at Stith Funeral Home lot.” The procedure is that they are supposed to fill out their paper work in their vehicle while the camera system downloads the recordings to the server using the antenna.

The problem during the day shift is when there are no parking spaces close to the antenna, the officers can’t download the data in a timely manner. “We’re going to have to dedicate four or five spaces (at the courthouse) so they can download closer to the office. They may go a whole shift and if they were never able to park here, your shift’s work of activities are not downloaded. These are just things that we didn’t anticipate,” Robbins said.

He explained that his office has 17 systems, with four cameras per system — two cameras face forward on the vehicle, one faces the prisoner compartment and one body cam.

Another “kink” is that the officers aren’t used to having to turn the cameras off. They automatically turn on when the vehicle’s lights are activated Robbins said. The officer is to hit “stop” when the event is finished, such as when an arrest is made, or a suspicious driver is pulled over for DUI. “Well, if you forget to hit stop, your camera just records, the next however many hours you’re working. Then they come up here and will have three hours of somebody just riding around Danville or Boyle County. Those are things that we’re working out too, because you’re not used to stopping the camera.”