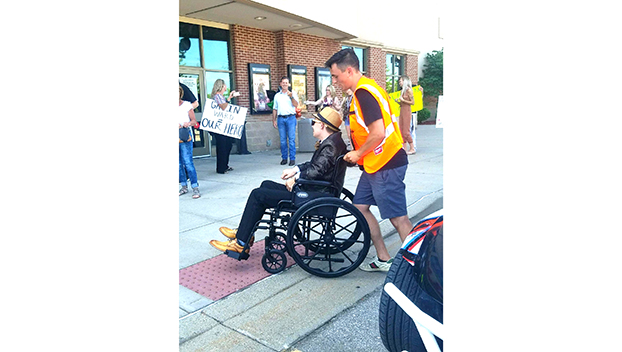 Gavin Ward, a 16-year-old from Hebron, continues to beat the odds and reach the hearts of many. Battling a brain cancer called DIPG, or diffuse intrinsic pontine glioma, Gavin is on a mission to live life to the fullest and to help others along the way. With the help of James Orrigo and Children’s Cancer Research Fund, Gavin set his sights on creating an interactive video game for other kids battling cancer.

Creators James Orrigo, Nikolay  Shaman and Visual Don were able to bring Gavin’s imagination to life in ways that surpassed Gavin’s wildest dreams. The game functions  through augmented reality and face tracking technology. Users can play the entire game with their facial movements, making it easily accessible to pediatric patients of all abilities. The game is called “CarX Drift Simulator.”

With the help of Cinemark, Central Kentucky Drift, Vette City Drones, and Universal, Gavin’s game was taken to the next level. In Florence on June 29, Gavin received the royal treatment at his very own private video game premiere. Gavin arrived at the theater in style, as he was dressed to the nines and escorted in his dream drift car, a Nissan 350Z.

He was cheered on by friends and family as he experienced drift car driving with a professional driver. In the words of  Gavin, “I am still in shock!” “I would’ve never thought any of this would be possible!” “This is mind blowing!”

Orrigo and his team work with kids and teens who are battling cancer to create lasting legacies. Their virtual program even won Zoom’s Overall Innovation award for 2020. “We use everyday technology in extremely creative ways to help others dream big,” Orrigo said.

View the video featuring Gavin Ward and the game here.

Summer activities continue at the library