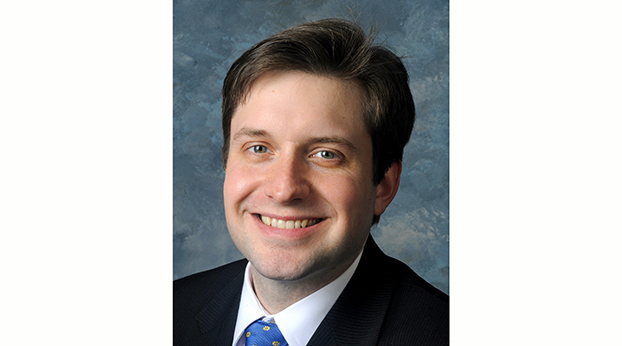 With the first full month of the interim behind us, I would like to share an update on this week’s interim joint committee meetings.

Remember, these committees are meeting to learn more about the issues we will likely consider during the next session, as well as to oversee how the legislation we have already passed is being implemented.

The presentation, by the Legislative Research Commission’s Chief Economist, provided a review of current inflation levels and cautioned legislators to remember that the drop in costs we saw last year makes this year’s increases appear even more dramatic. However, according to the report, inflation is the highest rate it has been in more than a decade, and the consumer price index rose five percent in May. Gas prices were up 56.2 percent in May, while those shopping for a used car or truck have seen prices increase by almost 30 percent. Of course, there are other factors to the increase. For example, gas prices plummeted during the pandemic, and there is a shortage in vehicles caused by a delay in a computer chip needed for new vehicles. However, when you are trying to put food on the table and get to work in the morning, all that really matters is that it is costing you a lot more.

Transportation: Committee members discussed the transition to regional driver’s licensing testing and issuance. As many of you are aware, all driver’s licensing duties are moving from Circuit Court Clerks’ offices to the Kentucky Transportation Cabinet (KYTC). This is the result of a request by the Clerks’ Association but will require a great deal of work to make sure drivers have adequate access. I am pleased that there is now an online renewal option (www.dlrenewal.ky.gov) for those who do not have changes to their current license.

Also, licenses can now be renewed for up to eight years. According to the KYTC, there are 18 regional offices already established across the state where people can renew their license, get a new license, or get a REAL ID. However, because that number is not enough, 10 or 11 more counties are transitioning on July 26 of this year. Mobile units will also be available to make scheduled visits to counties that do not have a regional site. These units will have the same capabilities as a full regional office.

Kentucky State Police (KSP) troopers reported that KSP driver’s license testing and permit testing will transition from county locations to the regional offices as well in an effort to support the KYTC and streamline the entire process. Already, new regional driver testing branches opened in Elizabethtown and Frankfort the last week of June. Troopers explained to members that they will continue to be updated as new locations are established. As I mentioned, we are monitoring this situation to make sure the changes do not impact access.

Education: Members of the Education Committee heard testimony about a proposal to ban the teaching of critical race theory in K-12 classrooms and public post-secondary institutions. The issue has received a great deal of attention on the national and state level after the Biden administration announced a grant program for history and civics education that prioritizes instruction on “systemic racism” and news came to light that the state’s largest school district removed direct references to CRT from the description of an elective class. This committee room was full with many watching in an overflow room as members heard from the bill’s supporters and opposition. While the topic is controversial, the discussion was informative and provided a great deal of food for thought.

Agriculture: Like many of you, I have heard about AppHarvest, an agri-tech business located in Eastern Kentucky. This month, AppHarvest representatives shared some information about their company with members of the Interim Joint Committee on Agriculture.

According to testimony, AppHarvest is focused on building a resilient food system for America in the heart of Appalachia. Currently, they grow tomatoes but are focused on expanding their operation to produce other traditionally imported produce. The company’s representatives also shared that they hire only local residents and are projected to create thousands of jobs in high unemployment areas.

Judiciary: Committee members met to discuss the skyrocketing cost of jails. Specifically, the rate of growth is most rapid in rural areas and suburban counties. The average county spent $3,353,060, or 15 percent of its total budget, on jail expenses. Public safety is a top priority, but we must also balance it with a financially responsible approach. After all, money we spend in corrections is money we can’t invest in education, roads, and other areas.

If you would like to share your thoughts on these or any issues relating to the Kentucky General Assembly, please reach out to me. I can be reached here at home anytime, or through the toll-free message line in Frankfort at 1-800-372-7181. Feel free to contact me via email at Daniel.Elliott@lrc.ky.gov. If you would like more information visit the LRC website www.legislature.ky.gov.