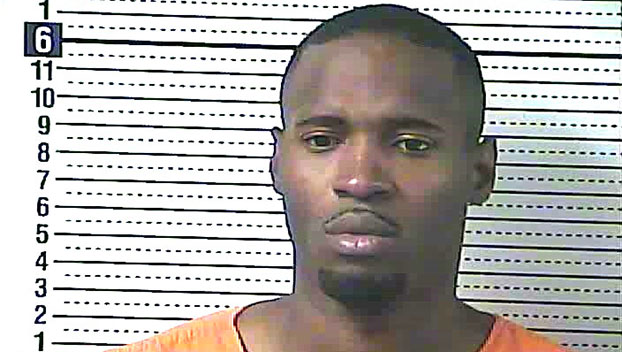 Danville Police Department responded to a residence on Sycamore Street for reports of a burglary in progress on Wednesday at approximately 6:15 p.m.

The owner of the residence told police that the suspect inside was Donald Hagans, 30, of Danville, who had stayed there for about one week prior to his last burglary arrest on July 6. Hagans had since been told not to return to the property, and the locks had been changed to the residence.

Officers arrived minutes later and secured the perimeter of the residence, noticing that the front door glass had been broken out. Officers located a broken window screen to the back of the residence and found Hagans lying in the bush line, directly behind the house. Hagans told officers that he had items in the residence that belonged to him.

Officers located a credit card belonging to the victim of the burglary that occurred on July 6 inside of the residence. Hagans had been incarcerated since July 6 in the Boyle County Detention Center but had been released Wednesday just before 4 p.m.

Hagans was arrested and brought back to BCDC charged with second-degree burglary.

Kentucky is one of the states that has announced a settlement with four pharmaceutical firms in the opioid pandemic and... read more