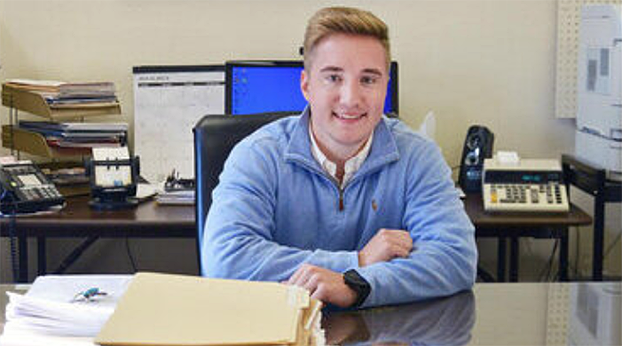 Grounds supporting the county’s intent to terminate the employment of Boyle County Treasurer Keagan Hinkle demonstrate his “neglect of duty” and other issues including inappropriate actions and comments to staff members, in addition to instigating a public confrontation following a board of adjustment’s meeting on June 20.

Hinkle was placed on paid leave of absence July 27 and was notified of the county’s intent to terminate his employment. He was given the opportunity to request a termination hearing within 10 days.

Hinkle’s attorney, Josh Tucker of Nicholasville, scheduled the hearing for Tuesday, Aug. 3 at 10 a.m. at the Boyle County Courthouse, which will be presided over by Boyle County Judge-Executive Howard Hunt and the fiscal court.

The letter of intent to terminate Hinkle’s employment, sent by Boyle County Attorney Chris Herron on behalf of the fiscal court on July 28, stated nine issues of concern.

An addendum to the letter sent on July 30 stated, “many new documents have been discovered further supporting our intent to terminate. Please treat the attached supporting documents as further proof demonstrating grounds supporting your neglect of duty …”

According to the letter:
• Incentive payments to TransNav is 10 quarters behind. And eight emails from TransNav headquarters requesting payments for fiscal year 2019-20 and 2020-2021 were ignored, as well as seven emails from the company asking for assistance and guidance on their delinquent payroll account. The last response TransNav had from Hinkle was March 1, 2021.

• Meggit Airframe Systems is missing wage reconciliations for seven quarters. “We are unable to find an email or paper trail, demonstrating the Treasurer’s office attempted to resolve the issue.”

• “Coincidentally, Pittman Creek is up to date on their incentive payments. They happen to be
friends of Keagan’s. In addtion, he has been working to secure Pittman Creek as a client on his side business selling TransAmerica Life Insurance. It has been determined Keagan actually took phone calls, visited clients, and sold life insurance during his regular business hours while working as Boyle County Treasurer.”

• The treasurer is delinquent in closing out months of April, May and June 2021. Also, the state auditor said the “End of Fiscal Year Closeout” should have already been completed.”

• Past due invoices, that were supposed to have been paid within 30 days, were located in Hinkle’s office including; a notice from the IRS dated May 17, 2021 for the amount of $4,521.15; delinquent reimbursements for jail transports dating back to April; unpaid past due invoices were found “buried in stacks of paper” in Hinkle’s office that were 30 days, three months and several that were four months past due.

• The letter also stated that Hinkle was “unresponsive to emails” because more than 1,420 unread emails were discovered.

Other issues concerning Hinkle’s job performance that were addressed in the first letter of intent to terminate include:
• Work attendance and timeliness, “even after being counseled” and includes his failure or refusal to use the county’s time clock.

• Lack of attention to detail, “including but not limited to failure to make timely deposits, frequent unavailability during regular business hours, and failure to answer phone and or texts when needed by staff.”

• Destruction of county property when Hinkle “intentionally kicked down a permanently attached gate that was attached to two desks in the judge executive’s office which had been purchased with county funds, and was valued at about $80.

• Hinkle refused to follow mandated COVID-19 protocol “by refusing to wear a mask and using the judge-executive’s back entrance to avoid having his temperature checked prior to entering the courthouse.”

• Multiple staff members provided written statements “regarding inappropriate conduct and communication by Hinkle including, but not limited to comments about a staff member’s pregnancy; joking about having a natural abortion; telling a staff member she had ADHD and needed to see a doctor and get Adderall; asking if a staff member was dyslexic; and openly criticizing staff members in the presence of other staff members.”

• Hinkle disrupted at Planning & Zoning board of adjustment meeting on June 15 and challenged the applicant to “tell the truth.” The board chair then asked Hinkle to leave the meeting.

• On July 20, Hinkle admitted to instigating and participated in a confrontation with Lexington attorney Richard Getty in the parking lot at Danville City Hall “causing a breach of the peace with Danville Police intervention. … Prior to said event, Keagan boasted to uninvolved staff that he was ‘taking on attorney,’”

• During the same event, Hinkle instigated another confrontation between several people when he told J.B. Hinkle (his father) that Rodney Lanigan had put his hands on him before an altercation could take place. On the security camera, Keagan Hinkle was seen walking toward the confrontation holding his belt in his hands.

• On July 27, Hinkle “was overheard by staff threatening to secretly place a recording device in the fiscal courtroom “in anticipation of the fiscal court going into closed session to discuss possible disciplinary action or termination.”

Editor’s Note: Information in this story was received following an open records request. 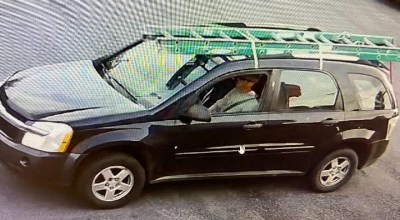 Do you recognize the driver of this vehicle?