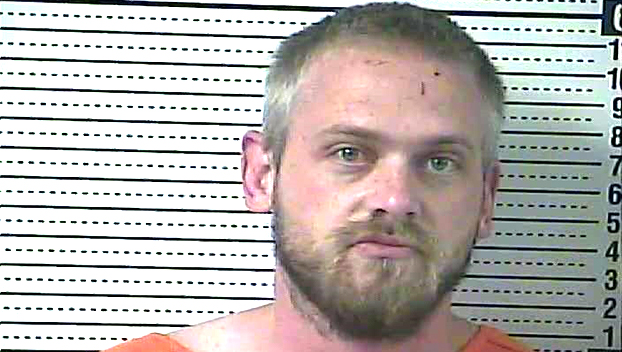 PERRYVILLE POLICE DEPARTMENT
News release
The Perryville Police Department made an arrest following shots fired under the influence of drugs or alcohol.
Police Chief Parker Hatter reports on July 31 at approximately 5:30 p.m., Officer Larry Nunes was dispatched to a call on E. Fifth Street regarding shots being fired from a rifle and the subject walking down the street.
Upon arrival, the subject, Miles Lankford, 32, was located and was visible in the influence of alcohol or drugs. Nunes attempted to place Lankford under arrest, but he refused.
A taser was deployed and Lankford was placed under arrest. He was taken to Ephraim McDowell Regional Medical Center and then on to Boyle County Detention Center.
Nunes was assisted on scene by the Boyle County Sheriff’s Office and the Perryville Fire Department.
Charges according to the BCDC website:
• Public intoxication, first and second offense
• First-degree disorderly conduct
• Resisting arrest
Lankford’s bond was set at $500, according to the BCDC website.
You Might Like