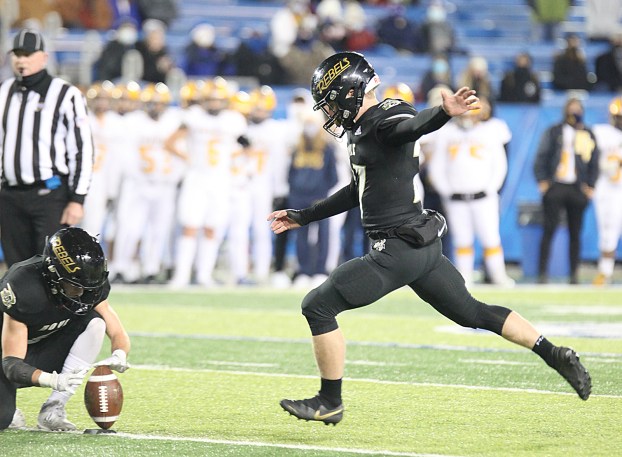 Kicker Jackson Smith of Boyle County is verbally committed to Kentucky but he also wants to be a full-time position player at Boyle this season. - Photo by Jeff Moreland

Boyle County all-state kicker Jackson Smith has already verbally committed to Kentucky — the school where his father, Andy, was an all-SEC punter. He has a strong, accurate leg and is also a highly regarded punter.

This season, though, he also figures to be a full-time position player for Boyle, the defending Class 4A champion.

“He is more than likely going to start at tight end or outside linebacker,” Boyle coach Justin Haddix said. “He is practicing there right now. He wants to play.

Haddix admits it is hard not to take Smith’s kicking/punting for “granted” because of his past success.

“He has proven he can do the job. He’s just that good to where you don’t even really worry about him. Probably not fair to him but it also just shows how much confidence we have in him,” Haddix said.

UK’s Jackson will ‘bring it all’ for Pacers

Kentucky’s Isaiah Jackson was one of seven Southeastern Conference players picked in the first round of the NBA draft and... read more