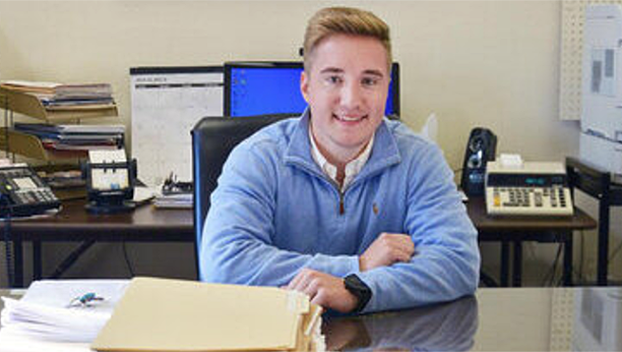 The Boyle County Fiscal Court upheld its decision to terminate the employment of county treasurer Keagan Hinkle following a public hearing where he and his attorney answered allegations concerning his job performance. According to Kentucky Revised Statute 68.010, “The fiscal court may remove the county treasurer or acting county treasurer at any time for neglect of duty, incompetency or dishonesty.”

Hinkle was fired as county treasurer effective immediately on Aug. 3 “based on neglect of duty.”

Hinkle’s attorney, Josh Tucker, said he would address specific allegations that were sent to Hinkle in a letter of intent to terminate his employment and a second letter which included more allegations.

Tucker presented Hinkle’s job performance review from Feb. 3, 2021, where Boyle County Judge-Executive Howard Hunt evaluated Hinkle’s work based on a variety of criteria. Hunt wrote that Hinkle had “met or exceeded expectations on all of those criteria,” Tucker said, which included knowledge of position; quality of work; communication skills; attendance and punctuality; decision making skills; and cooperation and team work.

Some of the allegations that were addressed included:

• Delinquent incentive payments to TransNav stemming from 2019-20 and 2020-21, and unanswered emails and phone calls requesting assistance in settling the issue. The last response from Hinkle was on March 2, 2021.

Tucker pointed out that the delinquent payment issue began before Hinkle took over as treasurer, and that he told TransNav headquarters that he would tend to the matter after finishing the very time consuming process of finishing the county’s budget for the 2021-22 fiscal year.

During the hearing, the fiscal court went into a closed discussion about the delinquent incentive payments. On Wednesday, County Administrator Julie Wagner explained Mary Conley, the previous county treasurer, had discovered an issue with the way the company had filed its payroll taxes and was working to solve the problem and handed it off to Hinkle when he took over the position at her retirement. Wagner said the situation had been settled and TransNav was up-to-date with their records and was due their incentive payments.

Hinkle had not made the payments and the fiscal court wasn’t aware that they hadn’t been paid.

• However, Pittman Creek had received its incentive payments in a timely manner. Hinkle explained that he had sent the payments, but not because he was friends with the company’s owner, which he was accused of doing. He said the company had submitted all documentation on time. “They didn’t receive any benefits from our relationship,” Hinkle said.

• Tucker did not address the allegation that Hinkle contacted people and sold insurance to clients during regular business hours while working as county treasurer.

• Regarding past due invoices that were “found buried in stacks of paper in Keagan’s office”, Hinkle said, “If you all will remember correctly, four of these five are payments that we were waiting to receive from the city. And once we receive them from the city, we would pay that to the people on the invoices. … To my knowledge we have not received payment from the city.” Hinkle added that one payment was made by the city that wasn’t listed on the letter, and he had paid the invoice on June 30. “And I believe Mr. Hunt would remember that and the issues that we had with the city.”

Another invoice for $4,495 wasn’t paid on time because the product had gotten lost in the mail, Hinkle said, and then the company sent a second invoice. The item didn’t arrive until February “and therefore we paid it in March because we pay bills twice a month,” Hinkle said.

She explained the accusations that Hinkle hadn’t closed out the county’s books from April, May and June, nor completed the end of fiscal year closeout on time was incorrect. She said there is no Kentucky statute stating a deadline when the information had to be sent to the Department of Local Government. There also isn’t a deadline to enter the county’s budget into the KVS accounting system, she added.

County Attorney Chris Herron asked Conley, “Since you left the county treasurer position, retired, have you been provided with any paperwork by Keagan which would, for example, out the side door, which would be privy to the general public, that masks his duty as treasurer?”

Conley answered, “Aside from helping with the budget and teaching him, because, keep in mind I was not here through the budget cycle, and they don’t teach you at the Department of Local Government how to do a budget. … You’re talking about a $40 million dollar complicated budget with federal grants … health insurance that is a self-insured health insurance program, that has to be budgeted. And you have other types of balancing, carryovers, reserve accounts, all of those things have got to work in unison. Otherwise, you will never get the budget to balance correctly. And so that the public, and the fiscal court understands what’s in their budget, that has to be done in a proper fashion that you can’t find on the internet.

“So did he ask me how to get this balanced and to look at the health insurance fund and teach him how to do it, and then 911 fund, and teach him how to do the pro-rating of expenses before we pay it over to the city, because nobody here understands that information, did I help him understand that because he’s never been through a budget cycle? Yes. … It was so that I could help him help my community.”

• In regard to inappropriate statements he made to female staff members, Hinkle said he was “taken back” when he learned that the women were offended by comments he made to them. He said he went to their offices and said, “If I had ever said or done anything that has offended you all or upset you all, I sincerely apologize. … All of them said no, we don’t have any issues, were not bothered by anything at all, and we understand that you’ve been going through a stressful time and that it’s been a busy time. And that’s all they said.”

• Hinkle also claimed he didn’t recall kicking down a gate in the judge-executive’s office and that he never received written or verbal COVID-19 protocols from anyone. However, he did see signs around the courthouse telling people to wear a face mask, which he didn’t always do, he said.

• Hinkle said he never threatened to secretly record the fiscal court closed session when his job was being discussed. However, when his attorney asked if he may have said something offhand and if he had a sarcastic sense of humor, Hinkle answered, “Most definitely,” Hinkle answered.

• Hinkle also said he never intended to instigate a confrontation following a recent board of adjustments public hearing concerning a local dog kennel.

Following Hinkle’s termination, an acting county treasurer has been put in place. No time frame for naming a permanent replacement has been announced at this time.

COVID-19 cases are on the rise again across Kentucky, and Boyle County is no exception. As of Aug. 4, the... read more