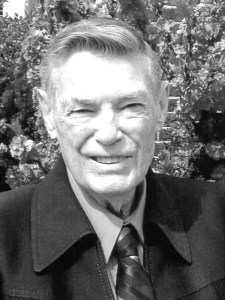 Junior Eugene Meredith, 89, died August 3, 2021, in Danville. He was born April 26, 1932 in Casey County, son of the late Mont and Elsie Barnett Meredith. Junior served in the United States Army. He retired from General Electric after forty plus years, working in the aviation department. After moving to Danville 12 years ago from Cincinnati, Ohio, he attended Danville Church of God. Junior loved NASCAR, horse racing, and was an avid fisherman. His life were his two dogs Rennie and Rainey. He is predeceased by his brother and sister, Charles Meredith, and Merlene Lake.

The funeral service will be 1 p.m., Friday, August 13, 2021 at Stith Funeral Home in Danville. Rev. Kevin Cummins will officiate the service. Burial will be at Camp Nelson National Cemetery. Visitation will be 11 a.m. to 1 p.m., prior to the service. Memorial donations are suggested to Danville Church of God Building Fund or Heritage Hospice. The family asks that everyone attending the service wear a mask. The online guestbook and Hugs from Home are available at www.stithcares.com