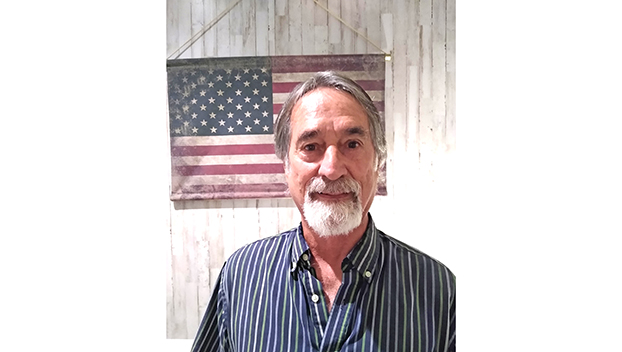 Wayne Collins has been appointed to Perryville City Council.

Mayor Brian Caldwell announced at Thursday’s 7 p.m. council meeting that Kelly Gray sent him a text message at around 5 p.m. that she was resigning. He read her text aloud during the meeting which said she was resigning, that it has been a great experience serving the city, “but it’s just not in (her) best interest at this time.” Kelly Gray wrote that she was thankful for the opportunity, according to what Caldwell read aloud.

It was announced that the council would need to appoint a new member. All city councilors were present to vote except for Kelly Gray and Councilor Adam Gray.

City Councilor Tim Simpson mentioned that in the past the city has discussed appointing the person who received the next highest number of votes in the general election in the case of resignation. City Attorney Justin Johnson said there’s no criteria for that, but that’s what has been discussed in the past.

Wayne Collins, who ran as a write-in candidate in the 2020 general election, is this individual.

The four incumbents were re-elected, and out of the three new candidates who ran for seats on the six-person city council, Collins received the third-largest number of votes.

Collins was appointed with a unanimous 4-0 vote. Simpson made the motion, and City Councilor Steve Bailey seconded the motion.

Collins said the reason he ran in the general election was because, “I just thought it would help the town out some. I want to see this little town get better.”

Thursday night was the first time he heard about potentially getting appointed, he said. To him, the news “hasn’t sunk in yet.”

He said he wants to spend some time on city council before he establishes concrete goals for how the town should function.

“I really have to get into this thing and find out what’s what,” he said. “You’ve got to fit in and find out how everything operates before you start putting your own stuff out there.”

Collins has lived in Perryville for the past couple of years. He served in the U.S. Navy from 1968-1973. He then moved to Kentucky and drove a tractor-trailer, then moved to South Carolina, where he ran a chicken farm for about seven years. He worked for a bait and tackle company after that for more than 30 years and then retired about three years ago, when he was 68 years old.

Kelly Gray could not be reached by press time for comment on why she resigned. According to Boyle County Clerk Trille Bottom, she was on her second term; she ran in November 2018 and again in November 2020.

In other business, the Perryville City Council:

• Unanimously approved a resolution regarding the Tuggle Road water tower, which is under construction. The council is encouraging Danville City Commission to endorse placing a communications antennae at the top of the tower because, according to the resolution, it is 120 feet above broad areas and vast areas of Boyle County that could be served by communication systems including EMS, ambulance, fire protection and law enforcement communication, and because the county school system has had virtual learning and some areas are “currently lacking adequate internet services” with home-based computers. Danville could, according to the resolution, use the water tower antennae as a revenue source in cooperation with private sector providers satellite internet systems.

• Caldwell announced that convenience center hours are changing county-wide and that the Perryville convenience center and the one on Gose Pike will be open from 9 a.m. to 5 p.m., Tuesdays through Saturdays, making it open an extra day and not as early in the mornings.

Two Danville High School graduates in their 80s are determined to stay active during their golden years. One way they... read more