Lassiter is taking a new route, leaving EDP after ‘challenging and rewarding’ work 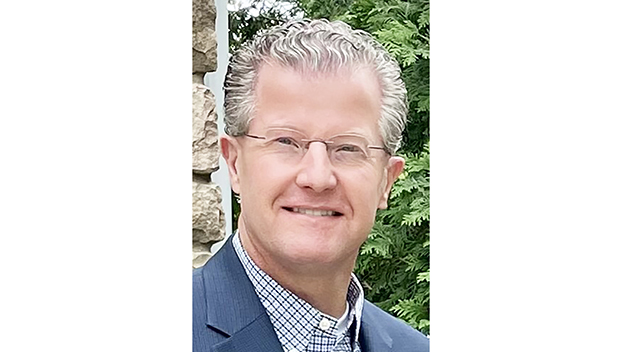 Jody Lassiter, the Danville-Boyle County Economic Development Partnership president and CEO for the past 14 years is leaving the organization to become the CSX Transportation business development manager for the region which includes Kentucky, West Virginia, Maryland, Virginia and the District of Columbia.

In a new release announcing his departure, Lassiter said, “The last 14 years at the EDP’s helm has been both challenging and rewarding as an economic development professional, bookended by the Great Recession of 2008 and the ongoing COVID-19 pandemic today. As I begin this new role, I look forward to both new and renewed relationships in working with local and state governments, economic development agencies, existing customers, and business prospects on CSX and its partner short line rails in Kentucky and across the region I will serve.”

EDP Board Chair Alan Turbyfill said, “We greatly appreciate Jody’s hard work and dedication over the past 14 years. He has been an invaluable asset to the EDP and entire community. He will be missed, but we wish him all the best in his new endeavor.”

In an interview, Lassiter said he began his career on Dec. 1, 2007. “I was asked to start a month earlier than originally planned due to an active Japanese automotive supplier project that was considering Danville as a location for its operations. That project was ultimately shelved after the 2008 economic downturn.”

Recalling some of the EDP’s accomplishments over the years, Lassiter said, “The EDP team played a part in so many industrial and commercial projects that have created or retained jobs, attracted capital investment and further improved the quality of life in Danville-Boyle County.”

He added, “These include significant industrial expansions and reinvestments at Meggitt, American Greetings, Dana, Denyo, Hobart, and TransNav/PVL; a successful retention effort with Intelligrated (now Honeywell); and revitalization of the former Caterpillar facility with Adkev’s location.  “We were excited to help Boyle County become a part of the historic Kentucky bourbon boom with the opening and remarkable growth of Wilderness Trail Distillery, AmbraBev, IJW Whiskey, and now Luca Mariano Distillery.

Lassiter added that in the educational sector, “We were early advocates and facilitators for development of the new Advanced Manufacturing Center at Bluegrass Community & Technical College’s Danville Campus, CentreWorks, and the Centre College Health & Wellness Initiative (baseball field relocation).”

But all of the economic development that has occurred here wasn’t the work of just one man. “Each of these projects had differing needs for our assistance, but each provided us with a great opportunity to support their success in our community. Most importantly, as always in economic development, each of these was a team effort!”

Lassiter’s last day with the EDP will be Friday, Aug. 27. He and his family will continue to reside at their home in Danville.

The EDP is in the process of forming a search committee to fill the position of president/CEO. Turbyfill said, “This organization does important work for the community and has a responsibility to both its public and private partners to continue that work to the best of our ability. We will also take advantage of this time of transition to reflect on our past accomplishments and challenges to ensure we move forward as a stronger organization.”

Read a story about how the EDP will go forward here or at the link below.

EDP ‘is hard work, but worth it’