Boyle senior has long list of athletic and academic accomplishments 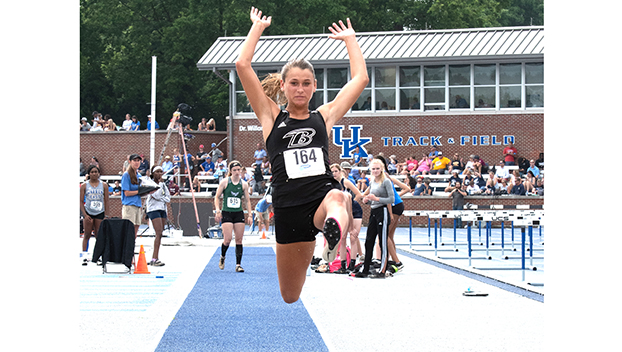 It has been quite the last two and a half months for Boyle County senior Molly Wise.

She attended the Governor’s Scholars Program at Centre College for five weeks during the summer.

In August she participated in the National Junior Olympics Championship in Florida in the triple and long jumps.

And she was just named Boyle County Distinguished Young Woman and won about $7,000 in local pageant scholarship money plus a berth in the state competition Jan. 7-8 in Lexington.

Wise entered Boyle County’s first contest because Jessica Majors, a role model to her, organized. Majors had entered a similar contest as a Boyle County student and ended up first runner-up in the state pageant.

“She is very composed and everything I wanted to be. So I just thought I would follow in her footsteps and be part of the program,” Wise said. 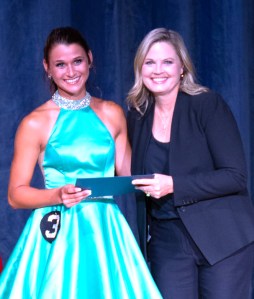 The hardest part for Wise was juggling time with GSP and Junior Olympics to do her prep work for the Distinguished Young Women contest. She said it was an overall “enriching” experience and enjoyed time spent with other contestants.

For her talent, she sang “Time After Time” by Cyndi Lauper/Eva Cassidy.

“It’s a song near and dear to my heart,” Wise, who used to sing at Indian Hills Christian Church as part of the worship band, said. “It is something my mom and I love to sing together.”

Wise won six of the seven competition categories. She said she “struggled” with the interview portion but won that along with fitness — “one of my passions” — and scholastic, self expression and talent.

“I want to acknowledge my gratitude for all of the community support, the event organizers, and the sponsors of this year’s Distinguished Young Woman program, all of whom contributed to the scholarships that I was fortunate to receive,” she said.

Wise, who hopes to be a physician in adolescent and pediatric medicine, said, “Having the opportunity to represent Danville/Boyle County at the state DYW program in January is an honor. It’s the culmination of the hard work and achievements I’ve had to this point in my life.”

Even during GSP where she met amazing people from all over the state, she managed to get in her track workouts thanks to Centre coach Lisa Owens allowing her to use the facilities and equipment.

At the Junior Olympics, she competed with some of the nation’s top jumpers.

“I was competitive against them,” Wise said. “It was my first appearance in something big like that and was a little overwhelming.”

The Boyle senior plays volleyball and had played tennis for about eight years but always thought she would like track. She tore her ACL her freshman year but finally decided last season to try track.

“I have lots of friends who run and I do enjoy running and working out,” Wise said. “I like the track environment where you shine individually but also compete as a team. It’s something completely unique to that sport. In volleyball my strength has always been my ability to jump, so I told the (track) coach that is what I was known for, so maybe I should try the jumps.”

She would like to increase her triple jump to maybe 39 feet next season and get over 18 feet in the long jump. She would also welcome a chance to try the high jump.

“I am always going to push myself to be better,” she said. “I set the triple jump record within the first month of doing track , so I know I can do more.”

That drive is obvious with what she has done academically. She ranks fifth in Boyle’s senior class with a 4.22 weighted grade-point average and perfect 4.0 unweighted.

“I have never got a B,” she said. “I put a lot of emphasis on academics. That takes precedence over everything.”

She is vice-president of the National Honor Society and student government junior class officer. Wise is also a member of Fellowship of Christian Athletes, Key Club, Pep Club and Health Occupations Students of America.

“I am just a pretty busy person, but I like that,” she said.

She’s already talking with some college coaches but admits she’s looking for an “academic school” that will allow her to pursue her medical ambition.

“I just feel like there is a big need (in adolescent and pediatric medicine), and it is something I am very passionate about,” Wise said.