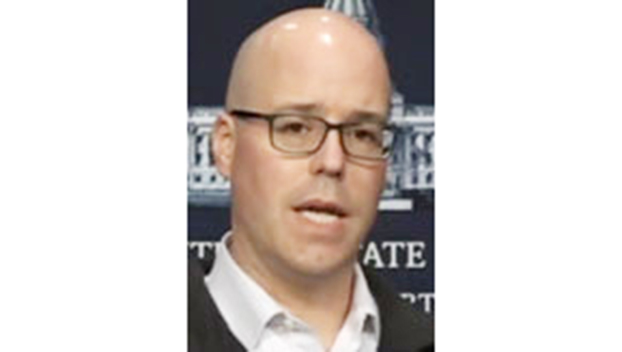 BY AL CROSS AND MELISSA PATRICK

As the number of Kentucky Covid-19 patients in intensive care set a record Wednesday, the state’s health commissioner said the situation is worse than it looks because of staff shortages at hospitals, which are likely to get worse with vaccine mandates, and they should stop doing elective surgeries.

Gov. Andy Beshear warned on Facebook, “These next weeks are going to be tough. Our hospitals are filling up and probably every bed, every staffable bed is going to be full in the next week to week and a half. So be careful. Get vaccinated and wear a mask when you’re outside of the home and indoors.”

Kentucky hospitals set a record 466 Covid-19 patients in intensive care Wednesday; the previous record of 460 was set in mid-December. “That is a record that none of us wanted to set,” Beshear said.

Stack made his comments in an online meeting with the board and advisory council of the Foundation for a Healthy Kentucky, and said he was speaking for publication. (The foundation funds the independent journalism of Kentucky Health News, and Publisher Al Cross is member of the advisory council.)

Asked by a hospital executive in the video conference about the possibility of a ban on elective surgeries, which Beshear imposed early in the pandemic, Stack said, “I don’t anticipate that,” but he suggested that hospitals should stop such surgeries. He said if a hospital calls him asking for staffing help, his first question will be, “When did you stop elective procedures?” and if they haven’t, his reply would be, “Call back when you do.”

Stack said hospitals are worse off than they were during the previous peak of the pandemic because they have lost so many employees. He said they are having to pay salaries that are unsustainable, and some “cannot get staffing at any price.”

Meanwhile, he said, hundreds of health-care workers are willing to walk off their jobs rather than follow new employer mandates to get vaccinated, due to misinformation about the vaccines. Noting that 1.4 billion doses have been given worldwide, he said the vaccines are the most thoroughly tested ever, and “This is proven science.”

Stack, a physician, said “Some harm will now happen that is non-avertable,” but he suggested that his listeners write pieces for their local newspapers and publish short videos that call out falsehoods, while being “professional, respectful and constructive.”

Stack said he agreed to speak to the group because they are leaders in their communities, and “others who purport to be leaders” are spreading falsehoods and “actively injuring the populace. We have to call that out. . . . Society has to make a decision. . . . We’re functioning as dysfunctional tribes at war with each other.”

Daily numbers: In addition to the record number of intensive-care cases, hospitals reported that 229 of them are on mechanical ventilation. The record is 254, which was set Dec. 17, the day after the intensive-care record. The same day saw the record of 1,817 Covid-19 patients; with Wednesday’s total at 1,658, Beshear and Stack have said that record will be broken soon.

Three of the state’s 10 hospital readiness regions are using at least 80 percent of their intensive-care beds: the far west, including Livingston, Lyon and Trigg counties, at 82.35%; the easternmost, from Lee County to Pike County, 86.03%; and the Lake Cumberland region, at 91.11%.

The share of Kentuckians testing positive for the coronavirus, 12.59%, set a record for the second day in a row. It’s gone up 53 of the last 54 days.

The state reported nine more Covid-19 deaths. Beshear said eight occurred in the last week, and four were in Kentuckians in their 40s, including a Bullitt County man, 43; a Daviess County woman, 40; and a 41-year-old and 49-year-old from Jefferson County.

“We need you to take this seriously,” Beshear said. “Go get your shot of hope right now. If you are unvaccinated, you are in more danger than you have ever been for serious illness in your lifetime, certainly in this pandemic.”

Asked for advice about gatherings, Stack said they should be outdoors, and people should wear masks if they are close to each other. He said he postponed a Department for Public Health staff gathering that had been scheduled for this week due to the risk.

Centre project to shut down Dillehay