The Hub Coffee Shop and Cafe is under new ownership 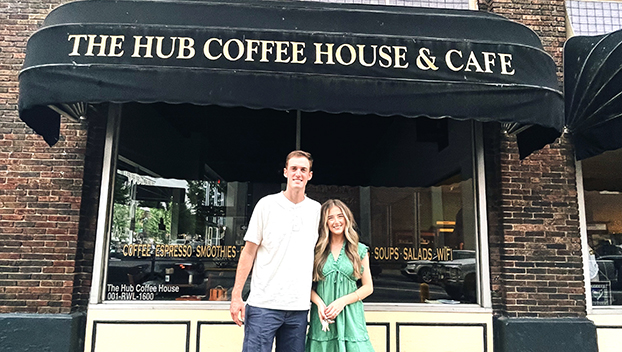 From left, Micah and Payton Miniard are the new owners of both locations of The Hub Cofee House and Cafe. - Photo submitted

Payton Miniard and her husband Micah Miniard are The Hub Coffee Shop and Cafe’s new owners.

Former owner Jason Cullen was going onto his seventh year of owning and operating The Hub, which he purchased in 2014. The Hub first opened in 2006, and he’s the coffee shop’s third owner.

As for why he sold The Hub, “I love flying, and I wanted to start a career in flying,” Cullen said.

“I might do some small charter stuff, and maybe flight instruction.”

He and his family are going to stay in Boyle County, where he said his family loves living.

Payton is originally from Harrodsburg and grew up there until high school before she moved away. She went to Western Kentucky University for college, where she majored in marketing and advertising and graduated in 2020, then moved to Lexington. She said she’s been born and raised in central Kentucky her whole life.

“I have a huge love for Danville,” she said.

Her husband Micah is from Danville, graduated from Boyle County High School and was drafted out of high school to play for the Cleveland Indians baseball team in 2014. Now, Payton and Micah live in Danville with two dogs in a home they recently renovated

Payton heard about The Hub being up for sale through her involvement with the Heart of Danville, specifically with board member Lisa Thompson. She had been in communication with Thompson about what was going on in downtown Danville and where opportunities were.

She was at a stoplight downtown with Micah when she got the news via email that The Hub was up for sale. She read the email aloud to Micah, “And without hesitation, he said, ‘Let’s do it.’”

Later, she said, “Honestly, I never thought, in my young ‘20s, I would ever, ever get to live out my dream as being a coffee shop owner.”

They took over ownership of The Hub on Aug. 12.

Payton has had the dream to be an entrepreneur for a long time and is excited to “revamp” both of The Hub’s locations, on Main Street and Ponder Court. She said she wants to give them more “life and light,” make them more “airy, breezy,” where people can stick around and hang out with friends and family. She said the Ponder Court drive-thru and online ordering are also huge existing assets for convenience.

On idea she has is to include after-hour workshops, bringing in local creators and artists into the shop once it closes to teach classes in subjects like painting and pottery. She also loves plants and wants to sell houseplants out of the shop. Especially for those who are new to town and haven’t settled down or made friends yet, she wants The Hub to be a hub for community.

“I want to create a space where you can meet new people and just grow friendships and relationships there,” she said.

One new thing she also wants to add are latte flights. Instead of needing to select just one latte flavor off the expansive menu, people will be able to choose four small lattes, the equivalent of two drinks, to try more flavors. Hopefully The Hub will be able to unveil latte flights in the future, she said.

Payton said for about three months, she and Micah will get immersed in the processes through which The Hub functions and get used to the way it runs, then “hopefully in the spring,” they’ll be able to have a grand reopening and be able to showcase some new features and renovations. 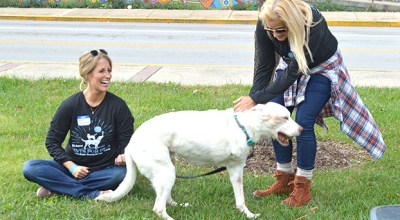