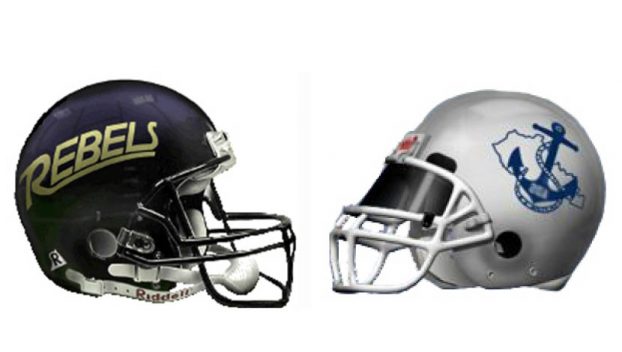 The Boyle County-Danville football game scheduled for Friday was called off Monday due to COVID-19 issues within the Danville program, both schools have confirmed.

Boyle announced that the game was canceled, but Danville announced shortly thereafter that it had been postponed and would be rescheduled.

The Boyle football program tweeted at about midday Monday that the game was canceled and that the Rebels were looking for a replacement game: “The game against Danville Friday has been cancelled. We are looking to find an opponent.”

About two hours later, Danville confirmed that the game was off with a tweet from the school district, but said it had been postponed: “Due to a large number of quarantines in athletics, the Danville/Boyle County football game scheduled for Friday, September 3rd, has been POSTPONED. The game will be rescheduled at a later date.”

Each team has eight games remaining on its regular-season schedule with no common open date. Danville is open during week six (Sept. 24); Boyle is open in week seven (Oct. 1).

If the game is not rescheduled, this will be the second straight year that the crosstown rivalry is not played. It was canceled last year after the regular season was shortened due to the COVID-19 pandemic, interrupting an annual series that began in 1965, two years after Boyle opened.

The list of canceled football games and other sporting events is growing as the current COVID surge continues to affect children and teenagers. Forty football games were canceled in the first two weeks of the season. Some of the affected teams were able to schedule replacement games, while others could not.

If the game is not played and Boyle does not find a replacement game, the Boyle-Danville game will be recorded as a forfeit. That reflects a change in KHSAA policy from a year ago, when regular-season cancellations were recorded as no contests.

As of Monday afternoon, six other games scheduled for week three had been canceled due to COVID concerns, according to the KHSAA’s online scoreboard site. Two of the affected teams have scheduled each other.

The remaining available teams were Bath County, Letcher County Central, Madison Central, and Todd County Central. Other teams who could not replace games that were canceled in weeks 1 or 2 could also be available.

The Danville-Boyle game has been a highlight of the high school football schedule both locally and statewide for most of the past 30 years. The schools have 20 state championships between them.