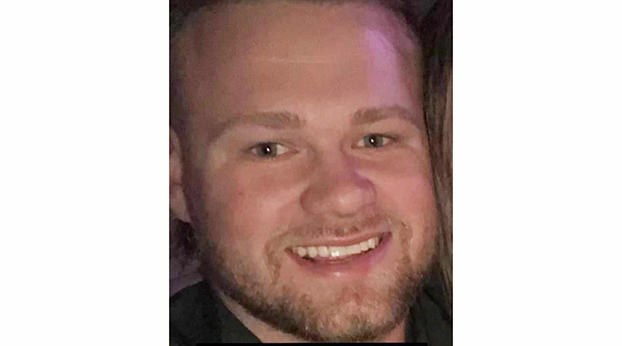 After Tanner Abbott was terminated last Tuesday, relieved of his duties as a deputy with the Boyle County Sheriff’s Office, a firestorm of social media posts began circulating. Speculation about why Abbott was fired focused on a Facebook comment he made earlier that day, where he tagged an individual and said the person had been “texting me, trying to set someone up, to work off your drug charges …”

Sheriff Derek Robbins confirmed Abbot was terminated, but could only say that he was fired for an ethics violation. “I’m not the only one looking into it, I wanted to make sure of that, so there’s an ongoing investigation that I cannot compromise by talking about.”

When asked if other agencies are involved in the investigation, Robbins said, “I’m just not ready to release anything like that yet. It’s important that I make sure this is all done in the right way. And to me, the situation has been handled.”

Although he had been going by a different last name on Facebook, it was known to be Abbott. The account can no longer be found and the comment was deleted but not before it was screenshot and shared, with many criticizing the deputy for calling out an “informant.”

Others began chiming in about Abbott, recounting allegations centered around aggressive tactics they claim he used during arrests, including claims of profiling and “inappropriate” forceful contact during search procedures. A video had previously been circulating that a man previously stopped by Abbott made, showing himself storming the Boyle sheriff’s office, yelling expletives at deputies and the sheriff, claiming that the deputy grabbed his crotch in a forceful manner while performing a body search. Others followed suit, commenting on claims of similar treatment by Abbott during searches.

Abbott had been with the Boyle County Sheriff’s Office for about four years; he had also been an officer with the Danville Police Department. As the Boyle K-9 deputy, he was known for his drug work, and had developed a network of informants he used in order to make dealer arrests.

Abbott was covered in a story about being nationally recognized with his K-9 Aja, after placing in a narcotics dog competition, and has been featured in other stories about the certifications that go into having a canine partner.

He’s made some impressive drug arrests, seizing heroin, other deadly substances and guns, making it harder for dealers to “set up shop” in Boyle.

“Everyone has their own niche in policing,” Sheriff Robbins said. And when drug arrests are your niche, you develop relationships, and there’s no telling how many people you may talk to in the course of a day, he said.

“It’s a hard job, it really is. And when your name is out there —  and his was — we make a lot of people mad by doing our job, it gets talked about and posted, twisted, and people start targeting people.” Robbins said. “I call it the Facebook Cult, and I hate it.”

The fact that complaints have been formally made to the sheriff’s office about Abbott has also been widely circulated. Robbins said those are also included in an investigation, which he cannot comment on, but he would say that some complainants told the sheriff’s office that they were being “told” to file them.

As far as internal policies which would relate to releasing information about a possible informant, Robbins said all new hires are given two sets of standards they must follow.

“We give them the Code of Ethics, and the Canon of Ethics, two separate forms they sign,” he said, relating to ethical, professional and moral responsibilities they are charged with as officers of the law.

Ephraim Helton, a litigation attorney and partner with Helton Law Offices, said his clients come from a “wide variety of socio-economic spectrums.” And that what they were being told by certain groups about their interactions with Abbott became a familiar story.

“We were seeing African Americans and those from lower-economic means being targeted, that’s what it appeared to us. And how he handled those arrests.”

In an earlier interview with Sheriff Robbins, he provided statistics which showed there has not been a higher arrest count of Blacks than whites —  it’s actually quite lower because it is commensurate with the population stats.

Helton, who has represented a deputy before and has a professional relationship with Sheriff Robbins, said he does not think Abbott’s reputation reflects an agency-wide issue.

“You’re always going to get different personalities, and I think Derek has done a great job. We’ve had some bad apples before, but they’re gone,” Helton said. And he agrees — law enforcement is a hard job, more so now than maybe ever.

“I have a great relationship with the SO and think the world of Derek. I try to keep a decent relationship (with law enforcement), but at the same time, if you see something being done inappropriately that’s a constitutional violation, you have to call them out.”

But Helton has also seen the firestorm on social media.

“The whole thing is unfortunate, but we may be fortunate that this happened at this particular time, to avoid something worse happening. A lot of people are charged up about him, there could’ve been an overreaction.”

Over the weekend, Sheriff Robbins continued experiencing that firestorm. He gets texts of screenshots from his daughter, sent to her from others seeing negative posts about her dad on Facebook.

A particular post had been made about Robbins, claiming he responded that “they got what they deserved,” in reference to an inquiry someone said they made about an arrested family member.

“So many things are put out there that are just blatant lies, and then others jump in on it. That’s why I just don’t engage. I just got this — from my daughter.”

But, Robbins said, he will continue not engaging.

“If someone has a complaint to file, they can come to our office. I don’t do the bullying, and that’s what that is.”

As far as the Abbott termination, he said, “I took care of the situation, things have been handled on our end. And when I have proof and facts about something, I will always handle it.”

The Danville Independent Schools board of education has selected a new board member to fill a vacancy left by Paige... read more