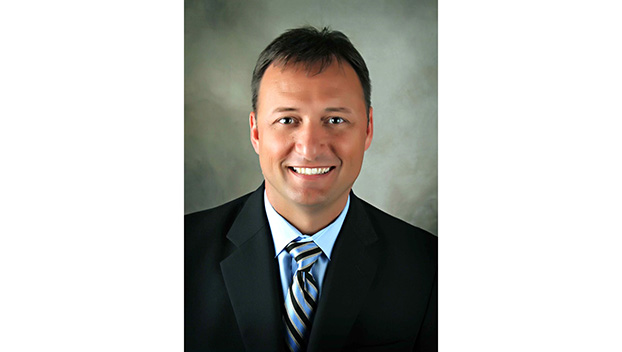 During a special called board of education meeting Thursday afternoon, the Danville school board selected an interim superintendent, whose first day is planned for Oct. 11.

The board’s unanimous selection is Elmer Thomas. He has a background with Boyle County and Madison County schools, serving as the Boyle County High School principal from 2004 to 2010 and the superintendent of Madison County Schools from 2013 to 2018 before he retired. Before that, he was the principal at Madison Central High School. Additionally, Thomas has experience mentoring future superintendents and administrators with Asbury University and Eastern Kentucky University.

He has held several other positions in teaching and administration during his 30 years in education.

“He came across to us as very conscientious, soft-spoken, very well aware of the Danville schools,” said Board Chair Steve Becker. “He researched our district. Through and through, he knows of issues that have been going on. He knows about our academics. He knows about our sports. He knows about programs that we offer, and he made it a point to let us know that he has kept up with the community.”

Becker said though the board had five candidates interested in the position initially, two of them withdrew the day before interviews started, saying the time wasn’t right for them. They ended up with three “very good” candidates, though, and landed on the decision of Thomas, he said.

“His approach to his management style is he’s a believer in the individuals,” Becker said. “If they need help, he’s going to be there to help him. If he sees there are programs going on that aren’t effective, he’s honest and he’ll let folks know they’re not effective, and if he sees programs that are very successful, of course, he’ll toot their horn.”

Since Thomas will hold the interim position until the district finds a permanent superintendent, which will likely take a number of months, there will be some decisions to make, since the business of the district will continue. One of these responsibilities will be to fill some empty positions in central office: that of a communications director and an accounting clerk.

The board approved Thomas’ contract with the district on Thursday as well, though it still needs a little “tweaking,” Becker said. On a contract basis, Thomas will hold the position until a permanent superintendent is selected. Pay for the interim position will be $500 per day, plus health benefits and some mileage and travel expenses.

Becker said the board has specified that Thomas will not be a candidate considered for the permanent position. His start date of Oct. 11 is also the planned date for the board to hear presentations from the Kentucky School Board Association and the Kentucky Association of School Administrators, organizations that conduct superintendent searches, in a public meeting during the board’s working session at 6 p.m. The organizations are not who chooses the superintendent — that decision falls to the board. The board plans to choose which organization to work with either on Oct. 11 or Oct. 18.

Thomas gave some background on his interest in the position as interim. A friend of his had reached out about a handful of districts looking for interim superintendents, and when Danville was mentioned, it piqued his interest. He had lived in Danville himself during his time with Boyle County Schools, and he said he enjoys the community and has some nephews and nieces in the Danville school system. He watched a Danville football game recently and was reminded of how much he enjoys working with children and schools, he said.

He believes he has strengths in the three main areas superintendents are involved with: academics, operations and finances. When he was superintendent for Madison County Schools, he said that was the first time the district collectively became a distinguished district due to a heavy emphasis on academics. Also in Madison County, under his administration the district was able to build new schools and renovate buildings to meet needs for appropriate resources for teachers, from a financial and operational standpoint.

When it comes to his desire to help bring the Danville community together, he said he feels like he’s a “uniter.”

Later, he said, “It’ll be important for me during this transition time to be able to listen, to hear and to put some really good plans into place so that when the new superintendent’s in place, we have a collective Danville Schools and Danville community moving forward.”

“That foundation for excellence is already there, but really building on that so then it becomes this solid foundation so that again, the spring forward for everything for the new superintendent can take place.”

City reconsiders decision to not allow dogs in cemeteries