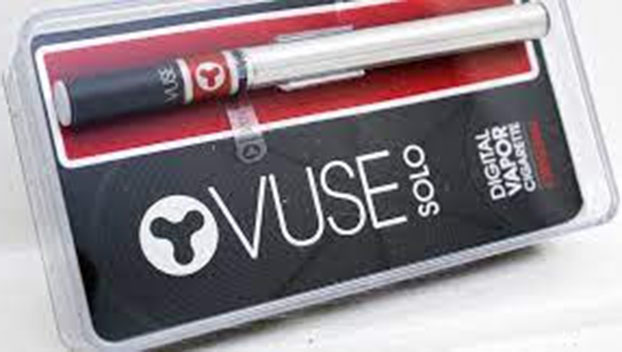 The U.S. Food and Drug Administration has authorized three electronic-cigarette products for sale in the United States, marking the first time ever such products have been given FDA authorization – but that doesn’t mean they are “approved.”

The agency determined that the potential benefit to smokers who use these products to significantly reduce their cigarette use outweighs the risk to young people, who favor them over traditional cigarettes.

The authorization was given to R.J. Reynolds Vapor Company for an e-cigarette device and accompanying tobacco-flavored e-liquid pods, all sold under the brand name Vuse.

The FDA denied R.J. Reynolds’ request that it authorize 10 flavored products under the Vuse Solo brand, citing the 2021 National Youth Tobacco Survey, which found most youth and young adults who use e-cigarettes begin with flavors such as fruit, candy or mint, not tobacco flavors. The agency is still evaluating Reynolds’ application for menthol-flavored Vuse products.

“The manufacturer’s data demonstrates its tobacco-flavored products could benefit addicted adult smokers who switch to these products – either completely or with a significant reduction in cigarette consumption – by reducing their exposure to harmful chemicals,” Mitch Zeller, director of the FDA’s Center for Tobacco Products, said in the release.

The Campaign for Tobacco-Free Kids did not support the authorization.

“While it is a positive step that FDA denied applications for 10 flavored Vuse e-cigarettes, it is concerning that a product that has three times the nicotine concentration as legally permitted in Canada, the UK and Europe was authorized. Vuse products with this level of nicotine leave our nation’s youth at an undue risk of addiction,” Mathew L. Myers, the group’s president, said in a statement.

The FDA authorization came with strict marketing restrictions, including digital, radio and television advertising restrictions, aimed at reducing the potential for youth exposure. The agency said that if “evidence emerges of significant use” by individuals who did not previously use a tobacco product, including youth, it would take action, including withdrawing the authorization.

“We must remain vigilant with this authorization and we will monitor the marketing of the products, including whether the company fails to comply with any regulatory requirements or if credible evidence emerges of significant use by individuals who did not previously use a tobacco product, including youth,” Zeller said. “We will take action as appropriate, including withdrawing the authorization.”

The youth tobacco survey found that approximately 10% of high school students who currently use electronic cigarettes named Vuse as their usual brand, and that compared to users of non-tobacco flavored e-cigarettes, young people are less likely to start using tobacco-flavored products and then switch to traditional tobacco products, the news release says.

The survey also found that more than 2 million U.S. middle and high school students reported currently using e-cigarettes in 2021, with more than eight in 10 of them using flavored e-cigarettes.

In Kentucky, 26.1% of high-school students in 2019 said they had used e-cigarettes on at least one day during the 30 days before being surveyed, according to the Youth Risk Behavior Surveillance System Survey, a federal poll.

E-cigarettes were sold in the U.S. for years with little regulation, but in September the FDA ordered most of them off the market but delayed a decision on many, including the most popular brand, Juul.

Symptoms that may arise after cancer treatment