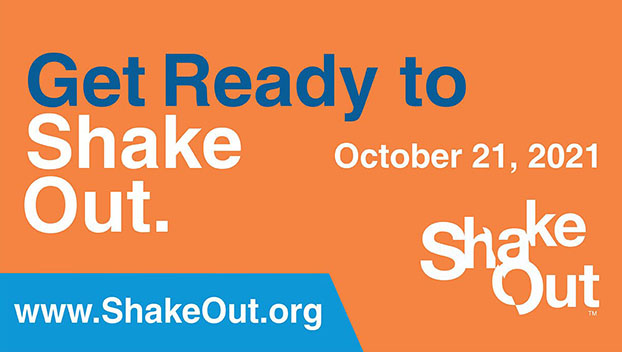 You may not think of Kentucky as an area susceptible to earthquakes, but some of the strongest ones of the past have affected the state, so residents are being encouraged to sign up and participate in the Great ShakeOut Earthquake drill on Thursday, Oct. 21.

According to the shakeout.org website, geologic hazards such as earthquakes, landslides and sinkholes, cause millions of dollars in losses in Kentucky each year.  The level and type of hazards vary across the state, depending on geology, topography and hydrology.

Some examples include a large landslide in Hickman, in western Kentucky, which destroyed many homes and caused more than $10 million in damage.  Around $1million has been spent to repair damage caused by landslides on the Audubon Parkway between Owensboro and Henderson.

They note 55% of the state sits atop carbonate rocks that are prone to developing karst, which hazards include sinkhole flooding, sudden cover collapse, and leakage around dams.

Kentucky is also affected by earthquakes from several seismic zones in and around the state, most notably the New Madrid Seismic Zone, centered around New Madrid, Missouri, where at least three earthquakes, estimated at magnitude 8.0 or higher, occurred between December 1811 and February 1812.  Though Kentucky was sparsely settled at the time, the entire state was affected.

Of more recent vintage and in the other side of the state, an earthquake measuring 5.2 on the Richter Scale occurred in 1980 near the Bath County community of Sharpsburg.  It caused an estimated $3 million in damage, with 269 homes and 37 business in nearby Maysville were damaged.

According to Kentucky Emergency Management, nearly 280,000 people across the state representing local, state, federal government, schools, the private sector, media, and non-profit organizations have already registered to take part in next Thursday’s drill.  Private citizens are also invited to register and participate.

During the drill, participants will practice “Drop, Cover, and Hold On,“ which is the recommended safety procedure to take during an earthquake.

Kentucky Emergency Management will be holding the ShakeOut drill and demonstration at the State Emergency Operations Center in Frankfort starting at 10:21 a.m., EDT.  The State EOC will briefly activate with agency staffing to participate in a short exercise simulating the response to an actual event.

The registration website is https://www.shakeout.org/.  It also includes safety information and helpful resources to promote the event at your school or workplace.