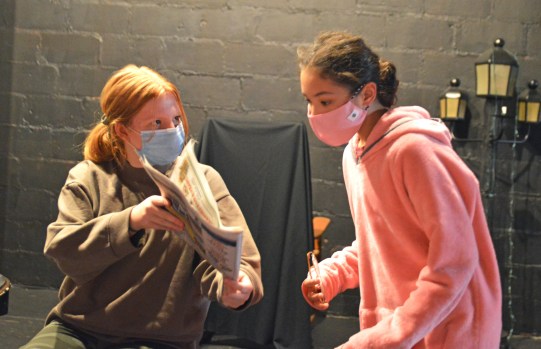 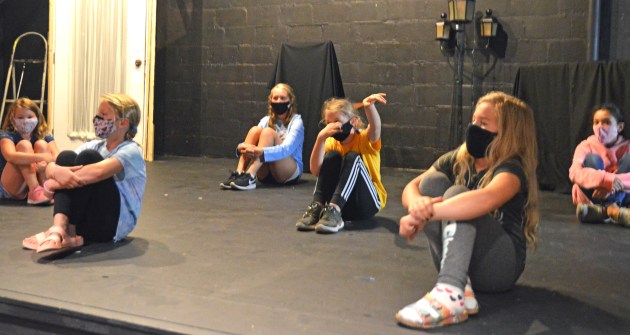 Many cast members in a scene from “12 Ugly Pumpkins.” - Photo by Olivia Mohr 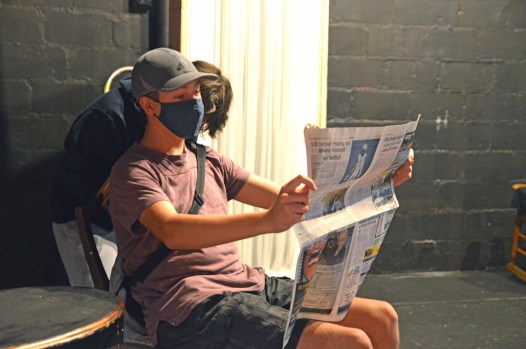 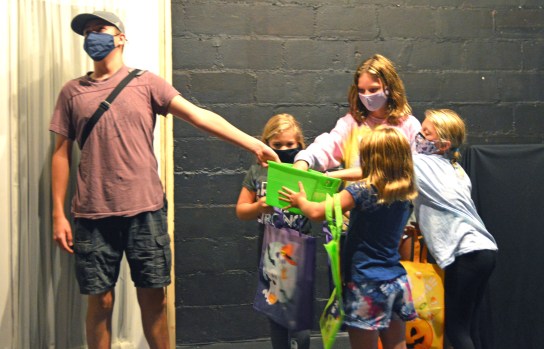 West T. Hill Community Theatre is putting on “Boo!” which is listed as “Halloween Fright Nights” on West T. Hill’s website, in celebration of Halloween. It’s a children’s production, compiled of 13 vignettes with skits and stories centered around spookiness and Halloween.

“It’s very family-oriented,” he said. “I think even younger children will enjoy the show.”

The children in the play range in age from about 8 to 15 years old and had auditions in mid-September.

Rickmer said he’s been involved in theater for almost 40 years and has worked with both children’s theater and productions for adults. He’s been on and off the stage in acting, directing and backstage roles. For children, he’s done Christmas productions and other plays, he said.

“I really like working with children because it’s really fun to see them grow as they become into these characters and create these different individuals and people and so forth, so it’s really a lot of fun for me to do that and watch them as they transition from a child into an actor that has a specific characteristic or a specific personality that they bring out in the role they’re playing,” Rickmers said.

Rickmers talked about a couple of his favorite vignettes from the play, since they’re all separate, small stories. One of them is called “The Ugly Dolls,” which he said is about three girls at a Halloween party who have gone trick-or-treating and start telling ghost stories, during which the older girl convinces the two younger girls that they’re starting to turn into ugly dolls.

“And it really turns into a very cute thing,” Rickmers said with a chuckle.

Another is about four children trick-or-treating, and one is a “whiner.” Instead of asking people for candy, the other kids try to convince the people who answer their doors to take the kid, and the vignette has a silly ending. Another of Rickmers’ favorites focuses on adults played by children: a doctor and a patient and his wife. The wife and the doctor are having an affair and plot to kill the woman’s husband, who is ill anyways, by putting on Halloween costumes to try to scare him to death, and the story has a surprise ending.

“The actors play it well,” Rickmers said about the vignette. “They play it really, really well.”