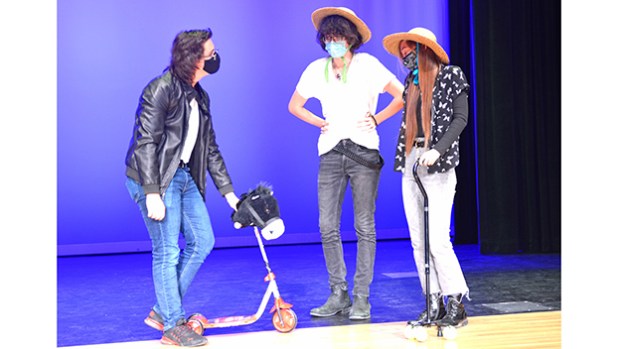 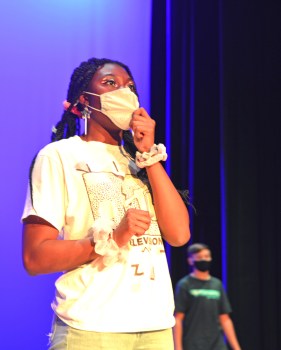 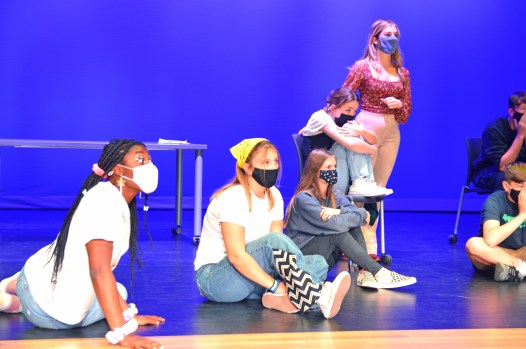 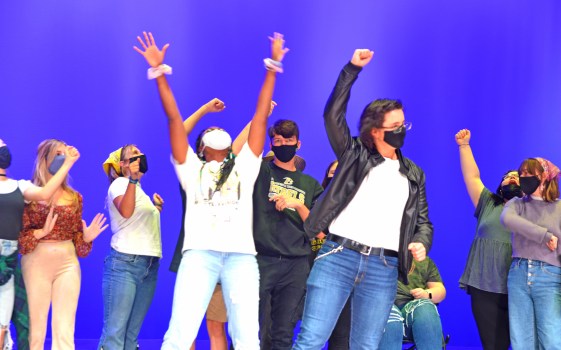 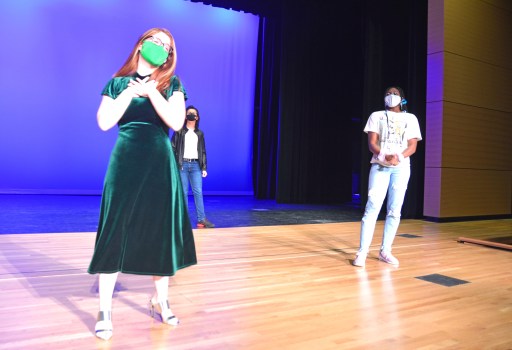 “This is the first play the high school has created and performed for the Boyle County Performing Arts Center,” said Michelle Hassall, BCHS’s theater and choir director, in an email. “Last year, the theater production class performed a virtual play that was written by junior Libby Oliver. We chose this play after the class read two scripts with Halloween themes and voted on their favorite. This is, primarily, a student led production. Students are in charge of lines, lights, sound, props, sets, costumes and public relations. I am proud of the work they are putting into the performance.”

Hassall is the director of the play, but she said her directing style “is a little different than most.”

“I encourage the kids to become a part of their character development, blocking and vision,” Hassall said. “Most directors dictate what they want their actors to do — I approach directing from a teaching standpoint. I want them to learn how to develop their own character and then react to situations as that character.”

She said Kyle Hurt is the manager of the BCPAC, and he has “offered his time and expertise for the show.” He’s working with students on lights and sound, and the future goal is for students to gain knowledge of the BCPAC and how to direct their own shows.

“I am excited for the audience to see the students’ vision of their show,” Hassall said. “Like I said before, 90% of the action, sets, sounds, posters/programs and lights are from the creative minds of the Boyle County High School students. I am here to advocate for them and teach them how to make their vision a reality.”

She said the tale about the Headless Horseman is a classic with which most people are familiar, and “This rendition of the play is set in modern Sleepy Hollow. We wanted the costumes to be less historically accurate and more fun — so we chose steampunk.  The kids get to design their own hats to reflect their character. The costumes will also reflect that steampunk essence.”

She said getting rehearsal time was a challenge, since students have a lot of engagements during the fall season, so rehearsals have mostly needed to be during school.

“I have been so proud of these kids,” she said. “They have worked hard to create a fun, spooky, Halloween spectacular!”

Hassall shared some emailed student comments on the play.

Freshman Sean Guiney said, “This is the first large performance that I’ve really been in, so I’m kind of nervous, but when we rehearse, I am just having so much fun I forget how nervous I am. The people around me are so encouraging it’s hard not to want to try your best. Also, with the new theater, it really adds to the whole performance. I’m used to performing in the cafeteria or maybe the library, so to actually have a real stage is a big step up. I’m just really excited about this performance, and I hope that everyone that comes to watch will enjoy it as much as I have.”

Junior Tristan Harris said, “This show is a very fun play on a classic tale! It’s very enjoyable for both younger and older audiences. The new theater has allowed for us to create a whole new experience than we have been able to previously! Please consider giving some time and money, and in return we’ll give you a couple laughs and a good time!”

Stage manager and senior Hannah Worley said, “I can’t wait for people to come see our show. This is the first time the Boyle County theater department is putting on a performance in the PAC. Chloe Birt and I have spent many hours creating the lighting, sound, and set to create a memorable experience for everyone.”

Birt is a senior.

Senior Raylee Yadon said, “The show is such a fun show to perform and the cast makes it even better. We have an amazing tech crew working to make the show great, and all of the actors are amazing. We have all grown so much together as actors and as a theater family  I cannot wait for people to experience this with us!”