Danville High grad has jellyfish species named after him 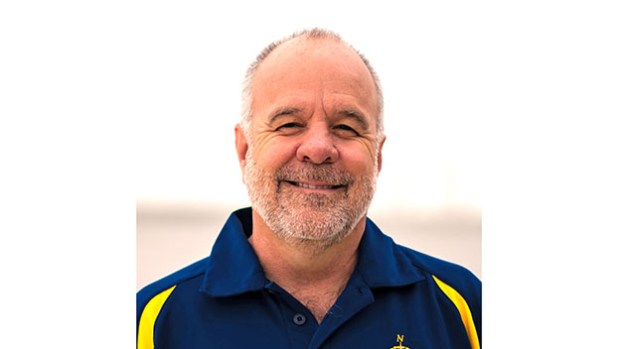 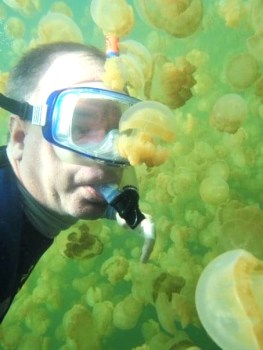 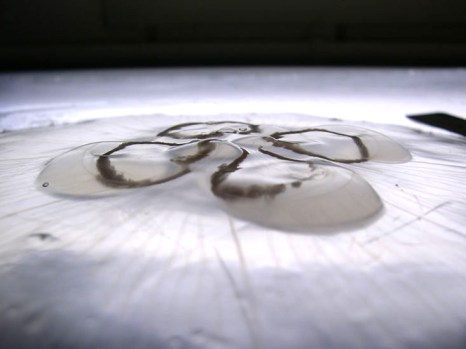 Monty Graham, who graduated from Danville High School in 1982, recently had a species of jellyfish named after him: the Aurelia montyi, one of 28 Aurelia species, known as “moon jellies,” according to an article from the University of South Florida College of Marine Science.

Graham said a former student wanted to honor him by naming the animal after him. Graham is currently living in Florida and is the director of the Florida Institute of Oceanography. He’s an oceanographer by training, mostly focused on biological aspects of oceanography. He’s worked on jellyfish in general since 1986 and this particular species since around 1995.

The animal named after him is a jellyfish very common to where he currently lives and also is a species that has genetics indicating it’s a different species than it was previously thought to be, hence the new name. Graham shared his work with the species.

“The fact that I had done a lot of ecological work with this species, especially trying to unravel its relationship to fish populations, of all things — there’s a hypothesis that jellyfish numbers are increasing around the world because of things like over-fishing and nutrient pollution and things that humans are doing to degrade the marine environment — and so we had been looking at that for a number of years, especially with this jellyfish, trying to understand how do you count them, how do you measure them from year to year,” he said.

Graham was born in Lexington and, due to his father’s career, ended up living in New Hampshire as a child, not far from Boston. His love of the ocean can likely be traced back to when he was about 8 years old during a visit to the New England Aquarium, he said.

His mother moved him and his siblings to Danville, where she’s from, and where she was a high school teacher. His grandparents lived in Danville, and that’s where he graduated high school. He went to Centre College for two years, then wanted to live closer to the ocean since he wanted to be a marine biologist, so he ended up at University of North Carolina Wilmington.

He completed an internship and briefly moved back to Danville, where he taught biology as a substitute teacher at Danville High School while one teacher was on maternity leave, he said. Interestingly, during this time he completed his first and second peer-reviewed publications on jellyfish.

“My first two papers had my childhood home address on Fifth Street as my author address,” he said.

He moved around after that out West and then back to the South, becoming a self-proclaimed pioneer in the ecology of jellyfish from the perspective of how the ocean and physics, like the ocean’s currents, can drive and dictate where jellyfish are, how many there are and how successful they are.

He first developed an interest in jellyfish during his internship when a professor showed him that jellyfish can develop interesting behaviors and have been around for millions of years despite not having brains — the professor took him out on a boat and showed him where the jellyfish were pointing.

“And, lo and behold, they were all pointing in the same direction, and that was astonishing to me right there,” Graham said.

Since then, Graham has published more than 90 scientific papers, and most of them are on the biology and ecology of jellyfish. He also studies how jellyfish interact with other things.

He said, “The most fascinating thing about jellyfish is always going to be the next thing that I don’t know yet.”