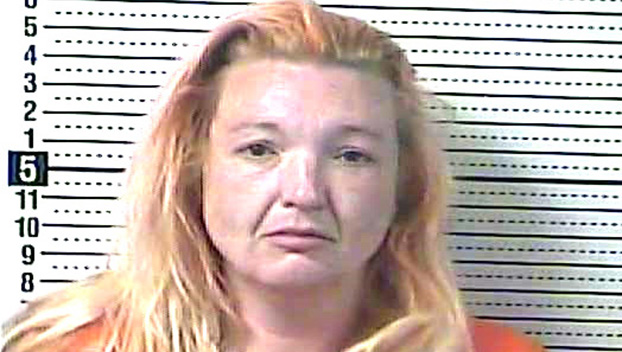 On Wednesday at approximately 8:25 p.m., the Danville Police Department responded to the intersection of North Third Street and Broadway Street, for reports of a traffic collision that had occurred. As officers arrived on scene and began to investigate the collision, a witness advised that a female driving one of the vehicles fled from the scene on foot. The witness was able to give officers a description of the female.

Additional officers arrived to canvass the area for the fleeing driver, who was located a short time later behind a shed on Larrimore Lane. She was identified as Amy Young, 41, of Danville.

Investigation revealed that a 2017 Nissan Murano, driven by Amie Slevin, 38, of Junction City, was traveling eastbound on Broadway Street and was entering the intersection of Third Street on a green traffic light when she was struck by a 2015 Ford Fusion, driven by Young, who was traveling northbound on Third Street. No injuries were reported. Young was arrested and lodged in the Boyle County Detention Center, charged with the following:

• Leaving the scene of an accident/fail to render aid

• Driving on a suspended license

Officer Chasity Shirley is handling the investigation. Young was released from the BCDC on Thursday at approximately 8:04 a.m., according to the BCDC inmate listing.