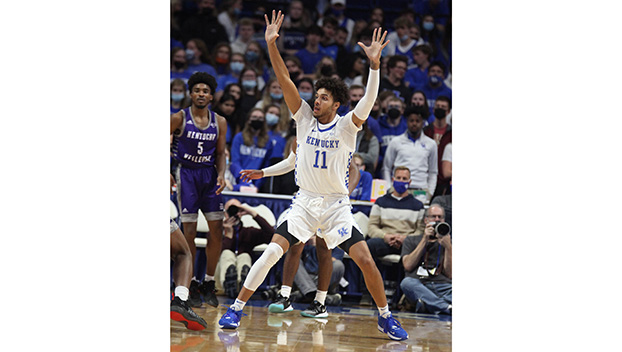 Freshman TyTy Washington and Georgia transfer Sahvir Wheeler have been UK’s most impressive backcourt players during preseason workouts as UK looks to the season opener Nov. 9 against Duke.

So where does that leave sophomore Dontaie Allen in UK’s playing rotation?

“That’s all on Dontaie,” said UK Radio Network analyst Mike Pratt. “He can shoot it. No doubt about that. But there seems to be some issues with Dontaie and whether he is able to stay within the offense. He has to figure out where he fits in the offense and then do it every time without wandering.

“The kid is a shooter. He has to figure out where to be, wait for the ball and then shoot it with confidence.”

Pratt said Allen has to at least be adequate defensively for Calipari to play him.

“Calipari wants more than adequate defense from him but will be satisfied if Dontaie can just do that,” Pratt said. “Just stay between the ball and the basket.

“Then he needs to shoot the ball when has the chance. If he doesn’t do those things, other players will move ahead of him and stay ahead of him.”