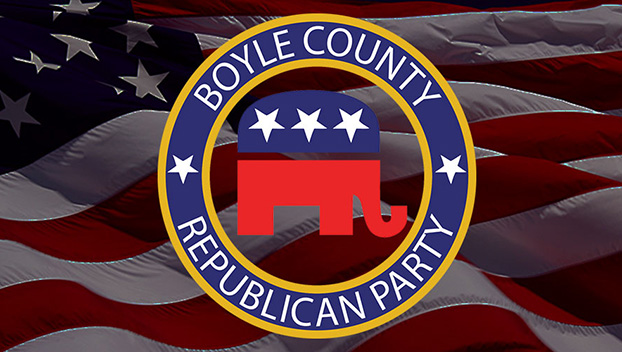 On Wednesday, Nov. 10, Tom Tye, chairman of the Boyle County Republican Party, announced what he calls the most qualified slate of candidates in the local party’s history.

“We have put forth a slate of candidates that bring experience, conservative values, and a modern, forward-thinking vision for our county’s future,” he said.

We watch what is happening to our state and country with grave concerns. Unsubstantiated Covid mandates, state police being sent to churches, and massive overspending are just a few examples of the burden the Democrats have placed on Kentuckians. Good governance starts at home and the Boyle County Republican Party is poised to carry our community forward with the election of these individuals:

While city elections are nonpartisan, we are proud to announce the following Republicans who have filed to run for office in the city of Danville:

We continue to advance Boyle County, in accordance with our core value statement “Building a Better Boyle County.”

“It is exciting to hear the projects they have on the horizon,” said Tye. “What these officials have completed and what they are implementing will impact Boyle Countians for decades to come,” Tye concluded.

Judge Howard Hunt said, “I am proud to file for re-election. Stewardship is inherent to me, giving 34 years of my life to our country, as a veteran of the U.S. Air Force and The KY Air National Guard. We are making progress in modernizing county government so that it is more accessible and user-friendly to our citizens is a priority of mine. Expanding the jail and EMS are crucial, as is bringing reliable broadband to our most remote areas in Boyle County. We have four (4) large water/sewer projects planned that will implement rate reductions for several districts. There is much to be accomplished in the next four years, and I look forward to sharing my vision for Boyle County’s future in the coming months.”

Jailer Brian Wofford said, “I am proud of what our team accomplished over the past few years, transforming the Boyle County Detention Center’s culture into one of professionalism, respect, compassion, and dedication. Throughout my career in law enforcement, I have learned that incarceration alone does not work. I’m just getting started, and hope the voters will reelect me to a second term so that I can continue implementing programs such as mental health and substance abuse services, which are vital to reducing inmate populations. I was humbled by the faith shown to me by the citizens of Boyle County, and grateful for your support over the last three years.”
Counties and county offices are created by the state of Kentucky and they exist and act only under authority delegated by the state. Section 99 of the Constitution of Kentucky requires each county to elect a county judge/executive, county clerk, county attorney, sheriff, jailer, coroner, surveyor, property valuation administrator, magistrates, and one constable in each magisterial district.